An industry colleague and I were talking the other day about registered retirement income funds (I know, we aren’t the most exciting people) and he suggested the government should just remove RRIF minimum withdrawals entirely. The comment was like a lightning bolt to me. It is such a straightforward thought and, in my mind, makes a lot of sense.

What fascinates me is that seniors would love to see this change, because it would likely lower their tax bill in the short term. Our firm will quite often tell people to draw more down than the minimum, and we like to take a lifetime approach to taxes. Either way, let’s look at this idea from both the government and individual’s perspectives to see if it is something that could really work.

In 2015, the federal budget lowered the amount that had to be withdrawn from a RRIF each year starting after you turn 71. This was a pretty major change, lowering the minimum withdrawal at age 71 to 5.28 per cent from 7.38 per cent. The change was viewed as a big win by seniors’ advocacy groups, and likely resulted in a meaningful decline in taxable income for many seniors — at least in the short term.

In 2019, the federal budget announced a new advanced life deferred annuity under certain registered plans, which is an annuity that can be purchased from within an RRSP or RRIF, and where the payments can be deferred until age 85. Again, the goal was to help seniors find another way to defer, somewhat, drawing out their RRIF assets each year.

My view is that the government should stop tiptoeing around and just eliminate the minimum withdrawal altogether. 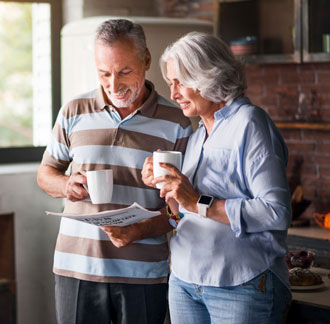 Overall, I believe the federal and provincial governments would collect more in tax dollars if they allowed seniors to draw out as little or as much as they wanted each year from their RRIFs. The reason is that if someone leaves as much money as possible in their RRIF, it still ultimately gets taxed when the person dies (or when the surviving spouse dies). If there is a sizeable amount in the account upon death, the entire amount is taxed as income in the final tax return, likely at a higher tax rate.

Let’s say someone has an average taxable income of $60,000 a year in retirement including their RRIF withdrawal. Their average tax rate in Ontario would be 18.4 per cent. If they had $250,000 in a RRIF when they die and another $40,000 of income in the final year, they will have an average tax bill on that large amount of 40.5 per cent, which will include a portion of the income taxed at 53.5 per cent.

Looking at this from the government’s side, it benefits from a potentially much higher amount of tax collection and gets a big political win from seniors who would appreciate the freedom and flexibility on their RRIF assets. But it would be hurt by collecting a lower tax amount in the short term, until the larger tax bills start to come in over time, and it would pay out a little more Old Age Security (OAS) to those who currently might be clawed back because their income is too high.

Of interest, only about five per cent of seniors are clawed back today and only two per cent lose the entire amount, according to a report from the former Human Resources Development Canada. Some of the five per cent of people would still be clawed back even without RRIF income because their overall income is too high. This shouldn’t be much of an issue for government since it could easily adjust the income numbers for clawbacks in order to not pay out more OAS under a “Freedom of RRIF Withdrawal” scenario.

On the other side, a typical Canadian senior would benefit from the flexibility to manage RRIF withdrawals as they see fit and in a way that may minimize their year-to-year tax bills, the ability to have more tax-sheltered earnings and their funds can grow faster without the near-term tax bills, the possibility of collecting more OAS and feeling more in control over their own money.

They would be hurt by a likely higher lifetime tax bill if they delay too much in drawing out their RRIF until death, and possibly spending less on themselves while they can, in order to lower tax bills.

It is not often that a new rule can be implemented that would be cheered by the electorate and likely lead to higher taxes in the long run. Eliminating RRIF withdrawals minimums could be one of those rare cases.

Becoming single in old age could cost you tens of thousands of dollars through no fault of your own. The current tax and pension system in Canada is significantly tilted to benefit couples over singles once you are age 65 or more.

I don’t think it is an intentionally evil plan of the Canada Revenue Agency and other government agencies, but something has to change. Given the fact that so many more single seniors are female, this unfairness is almost an added tax on women.

Here are four ways that single seniors lose out:

On the other side, there is no question that expenses will decline being one person instead of two, but the expenses don’t drop in half. We usually see a decline of about 15% to 30%, because items like housing and utilities usually don’t change much, and many other expenses only see small declines.

In one analysis our company did comparing the ultimate estate size of a couple who both pass away at age 90, as compared to one where one of them passes away at age 70 and the other lives to 90, the estate size was over $500,000 larger when both lived to age 90 – even with higher expenses.

So the question becomes, what can you do about this?
I have three suggestions:

Ultimately, the status quo is simply unfair to single seniors, and that needs to change.

Ted Rechtshaffen is a regular contributor to the National Post, see http://business.financialpost.com/author/fptedrechtshaffen/