FINANCIAL FACELIFT: Should millennial savers Sid and Kamala hit pause on their plans to buy a house?

Written by: Dianne Maley
Special to The Globe and Mail
Published May 22, 2020 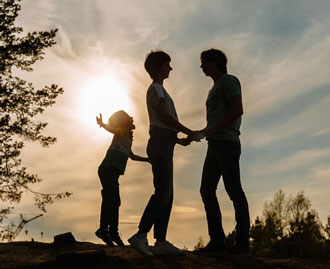 Fear of missing out has inspired millennials Sid and Kamala to save diligently in hopes of buying a house in the Greater Toronto Area. They also think they’re “bleeding money” by paying rent, Sid writes in an e-mail.

Sid is 34 and earns $55,000 a year in the hospitality industry. Kamala, who is 29, earns $35,000 a year in health services. The house they are eyeing is $880,000. For now, though, the house-hunting is on hold because Kamala and their toddler are stuck overseas, where they were visiting family.

“My question is whether to stay put in the rental market and focus on investing, or get into the housing market by depleting my savings,” Sid writes. “If we buy a house valued at $880,000, will we have any savings left for retirement?” They hope to retire from work when Sid is 60 with $48,000 a year after tax in spending.

In the meantime, they are planning a big trip. “Our dream is to go to Serengeti [National Park] in Africa to see the wildlife migrations one day,” Sid writes. They also want to help their son with postsecondary education.

“Is it feasible?” Sid asks.

We asked Matthew Ardrey, a vice-president and financial planner at TriDelta Financial in Toronto, to look at Sid and Kamala’s situation.

Mr. Ardrey explores how things might unfold financially if Sid and Kamala buy the house they want early in 2021 for $880,000. For the down payment and the estimated $15,000 in purchase costs (land transfer tax, moving costs, legal costs and furnishings), they have more than $200,000 in cash equivalents sitting in non-registered investment accounts, Mr. Ardrey says. The remaining $680,000 would be financed by a mortgage.

To help with their mortgage payments, they plan on renting out the basement for the first 10 years, Mr. Ardrey says. They expect to get about $1,400 a month. The planner assumes taxes, utilities, insurance and maintenance add another $1,500 a month over and above the $3,220 mortgage payment. One third of these costs – plus a third of the mortgage interest – will be tax deductible as long as they are renting it out.

“Based on these numbers, and assuming no large increases in their income, the house purchase is only viable with the renter in place” at least until the couple retires in 2046 rather than the 10 years they are planning for, Mr. Ardrey says.

As for the child’s education, their registered education savings plan contributions of $210 a month will fall short, the planner says. With food and housing, each year at university is estimated to cost $20,000, rising at double the rate of inflation, or 4 per cent a year. “With their savings, they will be able to cover about half these costs,” he says. The remainder will have to be covered by loans, grants “or other means.”

When they retire at Sid’s age 60, he is estimated to get 75 per cent of the maximum Canada Pension Plan benefit he would otherwise be entitled to and Kamala 50 per cent. By the age of 65, both will have 40-plus years of residency in Canada, allowing for full Old Age Security payments.

“Based on the above assumptions, they just break even with their $48,000-a-year spending goal,” the planner says, “with no room for unforeseen expenses or emergencies.”

To improve their circumstances, the couple could buy a less expensive home. It could be a smaller one in their desired neighbourhood or one farther afield, making their commute to work longer. Either way, they would not likely be able to command such a high rent from the lower-level apartment, the planner says.

Instead, they might want to consider one or more of the following:

Increase their annual savings now through a forced savings program, but “this would be difficult to do when they are already pushed to the edge of their budget,” Mr. Ardrey says. Or they could plan on renting out the apartment throughout their retirement years. “This would allow a non-investment asset – their home – to generate income for them,” the planner says. “They need to decide if they want to continue to have someone in their home and if so, for how long.”

Alternatively, they could sell the house and downsize after they have retired from work. Or they could work longer or spend less when they retire, “not a preferable choice,” the planner says.

The best alternative, Mr. Ardrey says, would be to improve their investment strategy. They have multiple accounts at several different financial institutions. They should consolidate at one financial institution and develop a diversified strategy using exchange-traded funds, he says.

As their portfolio grows, they should look to move to an investment counselling firm that can offer private investments to supplement the couple’s diversified equity and fixed-income strategy. If all goes well, they should be able to increase their returns net of fees by about one percentage point, the planner says. This would give them more of a financial cushion without having to sacrifice their lifestyle.

One thing that could work in Sid and Kamala’s favour is the potential effect of COVID-19 on house prices. Canada Mortgage and Housing Corp. recently estimated that in a worst-case scenario, house prices could fall as much as 18 per cent over the next 12 months, which would knock $158,000 off the price of their desired home. “If that were to happen, it would certainly make their financial goals that much more achievable,” Mr. Ardrey says.

The problem: Can they afford to buy the house of their dreams?

The plan: Gain a solid understanding of the potential risks and trade-offs involved in buying the house they want.

The payoff: A greater potential for financial security.