When Cashing in Your RRSP Can Increase Your After-Tax Income

Contributing as much as possible to your RRSP has typically been considered the best way to plan for retirement.  But, when you consider after-tax income, there might be times when cashing out part of your RSP can increase your after-tax cash flow, reduce future taxes and help ensure that you qualify for Old Age Security (OAS) payments.

RRSP contributions offer two main benefits: 1) Tax deferred growth: money invested in RRSPs grows tax-free until the money is drawn down, typically when converted into a RRIF – after age 71.  2) Income tax arbitrage: Since the RRSP contributions are fully tax deductible and the RRSP withdrawals are fully taxable, investors are able to significantly reduce their taxes by contributing to RRSPs in their working years when incomes and marginal tax rates are higher and then pay income tax at a lesser rate when withdrawing from an RRSP or RRIF in retirement.  For example, a 45 year old earning $110,000 a year is able to reduce her taxes by 43.4% for every dollar contributed to her RRSP, but if her income in retirement is $60,000, she will be paying tax at 31.2%, a net after-tax benefit of over $0.12 on every dollar.  But, there are opportunities where income tax arbitrage favours withdrawing funds from an RRSP.  Two examples are illustrated below. 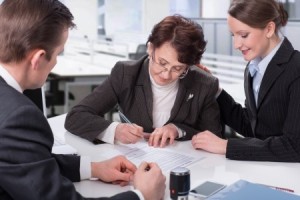 Linda and Frank provide a good example of the potential after-tax benefits of RRSP withdrawals for widows (and widowers).  Linda and Frank were married for 35 years.  Both had worked most of their lives, and neither was entitled to a pension other than the Canadian Pension Plan (CPP).  Both had also amassed RSPs of over $500,000 each.   Frank recently passed away and Lisa at age 66 decided to retire.

Lisa’s income, which had been $100,000/yr., suddenly declined to about $20,000 in retirement.  Her marginal tax rate dropped from over 43% to just 20%, but her RRSP, which was now combined with her husband’s, increased to over $1,000,000.  If she chooses to begin withdrawing money from her RRSP at age 66, when her tax rate is substantially lower versus waiting until age 71 to begin her RRIF, she could save substantial after-tax dollars and significantly reduce her OAS clawback.

Assuming, modest 4% growth per year, Lisa’s RSP will be worth over $1,300,000 by the time it is converted to a RRIF and she begins her withdrawals at age 72.  Since the minimum withdrawal rate at age 72 is 7.48%, she will be required to withdraw over $95,000 per year, bringing her total income to well over $110,000 when including CPP payments and small cash investments.  She will have to pay over $30,000 of that money back to the government each year in taxes AND likely forgo over $6,000 per year in OAS payments as they begin being clawed back with incomes above $70,954.

RRSP withdrawals can also be highly beneficial for couples where one spouse earns substantially more than the other, providing over $11,000 in after-tax income in the example below. 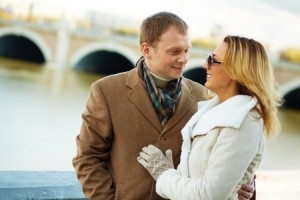 Jeff and Sarah are a couple in their early 40s.  Sarah, a graphic designer, decided to work part-time to be home more often with her kids.  Jeff, a lawyer, earns $170,000 per year.  Sarah earns $30,000.  Jeff spends most of his salary to cover family costs, so he has over $50,000 of RRSP contribution room remaining and is rarely able to max out his contributions.  Sarah has an RRSP of $50,000.

If Sarah cashes out $20,000 from her RRSP in year 1, $20,000 in year 2 and $10,000 in year 3 and Jeff uses those same funds to make his own RRSP contributions, the couple could save $11,420.  The reason the benefit is so large is that Jeff pays tax at the marginal tax rate of 46.4%, so each $1,000 contributed to an RRSP provides an after-tax benefit of $464.  Sarah’s average tax rate on the withdrawal would be 24.4% or a cost of $244 for every $1,000 withdrawal.  Therefore, every $1,000 that Jeff contributes to his RRSP and Sarah takes out from hers provides a net after-tax benefit of over $220.  The strategy makes most sense for couples where one spouse earns substantially more than the other, that spouse has a large amount of RRSP room remaining and he/she is unlikely to use that room for many years.  There will be withholding tax charged on Sarah’s RSP withdrawals, which can be claimed back when she files her tax return.

Spousal RRSP plans are a further way of utilizing this same strategy to increase a family’s after-tax income.  Jeff is able to take a full tax write-off for every dollar contributed to a spousal RRSP.  But after three years, any withdrawals from a Spousal RRSP will be attributed from a tax perspective to Sarah.   Consequently, by Jeff contributing $20,000 a year to a Spousal RRSP for Sarah and then Sarah withdrawing that same sum at least 3 years later, the couple can increase their after-tax cash flow by $4,400 per year.

Taking funds out of RRSPs during years where earnings have declined substantially, e.g. if you decided to take a prolonged vacation or sabbatical, or if you are out of work for an extended period of time, may be another way of benefitting from income arbitrage.

RRSPs are a great way for investors to save for retirement, but there are occasions as described above where partially cashing them out can increase overall client wealth.  During the financial planning process, our objective is to ensure that each client’s retirement goals are met by focusing on the appropriate investment mix and by using the most effective strategies available to increase after-tax cash flow and the value for their estates.

To find out more about this and other tax effective investing and planning strategies, please contact Lorne Zeiler at 416-733-3292 x 225 or by e-mail at lorne@tridelta.ca.

This is article one in a five part series on the topic of RISK. The articles will be as follows:

Part one – Determining the Appropriate Risk Level for a Portfolio

One of the greatest disconnects between investment professionals and their clients is understanding and interpreting risk.  For most investors, risk is essentially the potential that an investment could lose money (typically over a short time period).  In particular, an investment is considered more risky if there is a greater probability of a loss (negative return) and if that loss could be substantial.   But, focusing solely on this singular view could lead an investor to miss out on opportunities for higher return and the danger of not having sufficient funds for retirement.

For example, an investor owning a portfolio of only GICs believes she is taking on zero risk as the GICs, if held to maturity, should give her back her principal investment plus a small amount of interest.  But, if the investor needs to earn a return of 5% per annum to fund her retirement, a portfolio of GICs paying 2% actually has a great deal of risk – the hazard of not meeting her investment goal.  In this scenario, the investor is at a 100% risk of not meeting her retirement goals, requiring her to work longer or reduce expenses substantially during retirement.

Instead of focusing solely on short-term losses or gains, you should consider the following three questions to determine your appropriate investment portfolio for retirement planning:

The first question addresses the minimum amount of return that needs to be earned to ensure that you can enjoy a basic lifestyle in retirement.  This is the amount that must be safeguarded against.  But the key issue here is time horizon.  If you are in or near retirement, AND you cannot risk losing a significant amount in a short time period, the portfolio would generally be income oriented and conservative.  By contrast, if you are in your early 40s, you can invest more in assets that have a higher return potential, but still have more chance of a potential loss in the short-term, such as equities (stocks).  The younger investor can accept a decline because she has a longer period to recoup those losses when market returns are stronger.  This occurs over nearly all medium-term and longer term periods (5 yrs +), where riskier assets like equities have provided higher total returns.

The second question addresses the kind of lifestyle you would like to have in retirement and then placing a dollar value on it in terms of after-tax income to ensure there is enough money for travel, entertaining and gifts.  A higher return is often necessary to attain the desired lifestyle.  Risk is managed by rebalancing, so taking profits (selling) when equities have gone up and over time increasing the allocation to more income oriented and conservative investments.   Often the cash (or GIC) position is increased for near retirees to ensure the minimum level of income is attained, but then taking a bit more aggressive approach with the remaining investments to attain the desired lifestyle.

The third question requires complete honesty, because investors are most tempted to stray from their investment plan when markets decline.  These are often the times when it is most important to stay on the plan, particularly as equities (stocks) tend to go up after markets have gone down.  If you cannot accept any loss greater than 5% without wanting to sell everything and becoming extremely nervous and agitated, then you should have a zero percent allocation to equities and a low allocation to longer maturity and/or higher yielding bonds .  It is better, if you are highly risk averse to forego potential  gains in order to save yourself from the pain of losses.  If you are working with a financial planner / investment advisor, he /she should set your equity or riskier asset weighting based on a typical bear market (20-25% decline) to an extreme bear market (50% decline).  E.g. if an investor is willing to accept a potential 15-20% decline in their investments than an equity (stock) allocation of approximately 50% would be appropriate (a 35% decline, which is the midpoint between the two decline scenarios of 20% and 50% multiplied by .5).

A TriDelta Financial planner can work with you to determine the proper investment allocation to meet your goals and to set a plan in place to meet those goals by working with you to answer the three questions listed above, but being forthright and honest about current net worth, income, attitude towards loss, retirement expectations and any unique circumstances (health concerns, an inheritance, selling or buying of a property, etc.) will make this process and your financial plan more successful.