Written by: Dianne Maley
Special to The Globe and Mail
Published January 7, 2022 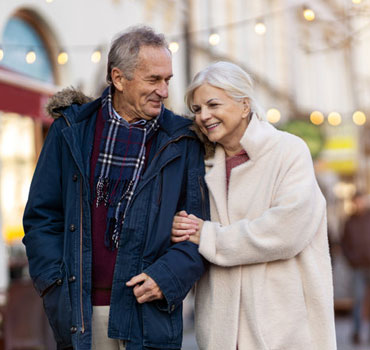 Margaret is age 61 and recently retired. Her husband Simon, who is 70, retired from work five years ago. Although neither has a pension, they have a home in the Greater Toronto Area, a cottage, and substantial savings.

“We are looking for advice on how to draw down our assets for the best tax advantage and longevity of our funds,” Margaret writes in an e-mail. Over the past year or so, they withdrew $100,000 from their savings to lend to their daughter to help with a down payment. As well, they bought a new truck.

Short term, they have some foundation work to do on their cottage and they’re planning a trip to Europe.

Simon is drawing $16,800 a year from his registered retirement income fund. He’s getting $12,170 in Canada Pension Plan benefits and $8,255 in Old Age Security. Margaret recently converted her registered retirement savings plan to a RRIF as well and is wondering how much she should draw. She also wonders when to begin collecting CPP and OAS benefits.

We asked Matthew Ardrey, a vice-president and portfolio manager at TriDelta Financial in Toronto, to look at Simon and Margaret’s situation.

Margaret and Simon want to take stock of their situation and ensure they will have enough to enjoy their retirement, Mr. Ardrey says. They have investment assets of $800,000 ($76,000 in their tax-free savings accounts and the remainder in RRIFs) plus real estate assets of $2.1-million, which include their home and cottage. The cottage has about $400,000 in imbedded capital gains.

“They are willing to sell the cottage to make their retirement work, “but they want to keep their house. “I would agree with their thinking,” the planner says. “With rising costs of long-term care, I believe in keeping the house aside as insurance against these costs and as a financial buffer in a retirement plan.”

Aside from these assets, they have lent their daughter $100,000 toward a home down payment that she is repaying at 1-per-cent interest over 10 years. As well, they recently bought a truck using funds from their TFSAs. While there are no tax implications from this withdrawal, they might have been better off borrowing the funds, he says. “If they could have financed at a low rate, then they would have been better off doing that than using portfolio assets.”

Simon’s income consists of withdrawals from his RRIF and government benefits, for a total of $37,225 a year. The forecast assumes Margaret begins taking CPP and OAS at the age of 65 because the penalties for taking the benefits earlier are “very punitive and are generally not recommended,” Mr. Ardrey says. “We assume 75 per cent of the maximum CPP and full OAS for Margaret,” which will add another $24,865 a year in future dollars.

They want to spend $8,000 a month starting this year. “Based on the above assumptions, they are not able to meet their objectives,” the planner says.

“The goal of the projection is to have enough to cover their spending until Margaret’s age 90, leaving the principal residence intact to cover off any future health care costs,” he says. To avoid the punitive losses of taking CPP early, they must make additional withdrawals from their RRIFs, which are all taxable.

“This adds the risk of failure to this projection because she would no longer have the financial cushion,” he says. “Although it could work under ideal conditions, life is not always ideal.”

Although the projection works if she sells the house, “things look worse if the projection is stress-tested using a Monte Carlo simulation,” Mr. Ardrey says.

A Monte Carlo simulation introduces randomness to a number of factors, including returns, to stress-test the success of a retirement plan. “In this plan, we have run 500 iterations with the financial planning software to get the results,” he says. For a plan to be considered “likely to succeed” by the program, it must have at least a 90-per-cent success rate, meaning at least 450 trials out of 500 succeed. If it is below 70 per cent, then it is considered unlikely.

“Even if Margaret sells the house in 2047, the probability of success in this plan is only 51 per cent,” Mr. Ardrey says. “To achieve 100 per cent success with their current portfolio construction, they would need to reduce their spending by almost 20 per cent to $6,500 per month.”

Their current portfolio has an expected future return of 2.82 per cent a year on average, the planner says. This is owing to the 60 per cent weight in fixed income. “By changing their portfolio mix to achieve a 5 per cent return (a 3 per cent real rate of return above 2 per cent inflation), the probability of success jumps to 92 per cent,” he says. In his forecast, Mr. Ardrey uses an asset mix of 60 per cent stocks, 20 per cent non-traditional investments and 20 per cent fixed income. “If in addition they lower their expenses by $500 a month to $7,500, the likelihood of success increases to 100 per cent and removes the need to sell their home.”

For the past 40 years or so, fixed income has been a safe haven for investing, the planner says. “This is less so today.” Fixed income faces risks of rising interest rates. An increase in interest rates leads to a decline in the price of existing bonds. Additionally, it has inflation risk. “If the current rate of inflation is stickier than predicted, the real rate of return on bonds will be negative.” In short, Simon and Margaret need to consider taking on more stock market risk and less interest rate and inflation risk, the planner says.

The problem: How should they draw on their assets to meet their retirement spending goal? Have they saved enough?

The plan: Strive to cut spending. Plan on selling the cottage and investing the proceeds. Consider professional money management to boost investment returns. Margaret may have to sell the family home at some point.

The payoff: The realization they will have to temper their aspirations.