/ Budgeting / FINANCIAL FACELIFT: Can Sébastien and Sofia afford a new cottage on top of their other financial goals?

FINANCIAL FACELIFT: Can Sébastien and Sofia afford a new cottage on top of their other financial goals?

Written by: Dianne Maley
Special to The Globe and Mail
Published September 24, 2021 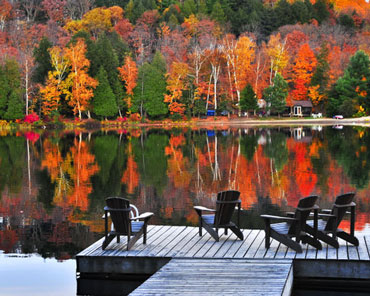 Sébastien and Sofia are in their late 30s with three children, ages 10, 7 and 5. Sébastien works in education, Sofia has gone back to university to get an advanced degree. Their family income is about $200,000 a year. It will rise once Sofia begins full-time work.

“Thus far, Sofia and I have been very careful with our money,” Sébastien writes in an e-mail. “We have avoided debt and we have done well with our investments,” he says. “Our decisions are rarely based on money and almost always on our values, life goals, and what kind of education we want to offer our kids.” The Montreal couple are planning to move to a larger apartment in the next few years to make more room for their family. They want to give their children the option of attending a private high school if they choose. Private schools in Quebec cost about $7,000 a year. They also want to help with their higher education.

An unexpected opportunity has landed amid these well-ordered plans: Sébastien and his brother have been asked whether they’d like to buy the family cottage, a small, three-season place that requires extensive rebuilding. “It’s been in the family for three generations,” Sébastien writes. After the renovation, each family would spend some time at the cottage, and rent it out when they’re not there to help cover expenses.

Can they do it without jeopardizing their other goals? Sébastien asks. If so, how should they finance the purchase and renovation?

“We are not too worried about retirement, but we are more concerned about the period when the kids will go to high school,” he writes.

We asked Matthew Ardrey, a vice-president, portfolio manager and financial planner at TriDelta Financial in Toronto, to look at Sébastien and Sofia’s situation.

“Selling securities will result in capital gains and a loss of investment income,” Mr. Ardrey says. “This would only make sense if they could set it up as a Smith Manoeuvre, making the loan interest tax-deductible,” he says. (If they sell some securities to pay for the cottage and then reborrow to reinstate the investments, the interest on the debt would then be tax-deductible.) They would need to compare the cost of taxes on capital gains against tax savings from deductible interest payments.

Financing with a mortgage is most likely the best option, the planner says. “The cost of debt today is very low, and as long as they can exceed the cost of debt with their investment returns, it is the preferable choice.” Their mortgage payments would be about $11,680 a year.

Though the rate of interest would be lower borrowing against the brother’s condo, they should try to avoid mixing business with family, Mr. Ardrey says. “If for any reason their financial circumstances change for the worse, their brother should not pay the consequences.”

In his forecast, Mr. Ardrey assumes they can get a mortgage for 80 per cent of the value. The remaining capital will come from Sofia’s portfolio because her income is lower and the tax consequences from the capital gains will be less.

Aside from the cost of the mortgage, Sébastien and Sofia expect the net effect on their budget will be an increase in spending of about $1,200 a year because they plan to rent the cottage out part-time to cover some of the costs. As well, having it will lower other vacation costs.

The forecast assumes Sébastien and Sofia move to a larger apartment in 2023, increasing their rent from about $1,500 to $3,000 a month.

Their single largest spending year shows an increase of $26,500 with higher rent, private high school and cottage mortgage payments, Mr. Ardrey says. “That being said, with Sofia’s increased income, their annual surplus savings remain in the $25,000 to $30,000 range,” the planner says. “So there is a significant amount of cushion to deal with these added expenses.”

Sébastien and Sofia save $625 a month in a registered education savings plan toward their children’s higher education. Assuming a cost of $15,000 a year, including living expenses, for postsecondary education (lower due to Quebec’s lower tuition fees), they would be able to cover undergraduate degrees in full for their first two children and two-thirds of the cost for their third child. He assumes any shortfall is covered by Sébastien and Sofia from their personal investments.

Sofia and Sébastien make their annual maximum contributions to their tax-free savings accounts and save another $6,000 a year to Sofia’s registered retirement savings plan. Sébastien also contributes $920 a month to his defined benefit pension plan at work. “They note a surplus of around $49,500 a year in their questionnaire,” Mr. Ardrey says. They have already saved $27,000 as of the end of August. Thus any surplus is assumed to be saved.

“As their income increases and expenses like private school end, their surplus grows substantially and so we assume their annual savings do as well,” the planner says.

Sébastien and Sofia plan to retire at age 65, when they will get full Canada Pension Plan and Old Age Security benefits. Sébastien’s pension will pay him $60,280 a year, indexed to inflation. Their retirement spending goal is $80,000 a year after tax.

Their current asset mix is 4 per cent cash, 4 per cent fixed income, 11 per cent preferred shares and 81 per cent equities, which in turn are divided 47 per cent Canada, 41 per cent U.S. and 12 per cent international and emerging markets. This portfolio has had a historical return of 5.03 per cent. They are investing using stocks and exchange-traded funds, which keep costs down, so the planner assumes an average investing cost of 0.25 per cent.

“In retirement we assume that they need to make their portfolio more conservative to avoid the inherent volatility in their current mix,” Mr. Ardrey says. “We assume they move to a 60/40 equity/fixed income portfolio, which lowers their returns to a historical 3.84 per cent.”

Sébastien and Sofia can make their retirement goal with ease, the planner says. “In fact they could more than double their spending and still have funds left over.”

The problem: Can they afford to buy and renovate the family cottage in partnership with Sébastien’s brother without jeopardizing their other goals? How should they finance it?

The plan: Take out a mortgage to finance 80 per cent of their share of the cottage, selling securities from Sofia’s portfolio to pay for the rest. Continue saving their substantial surplus.

The payoff: All goals achieved.