/ Budgeting / FINANCIAL FACELIFT: Couple whose income has taken a big hit want to sell home and retire early by ‘leaning hard into dividends’

FINANCIAL FACELIFT: Couple whose income has taken a big hit want to sell home and retire early by ‘leaning hard into dividends’

Written by: Dianne Maley
Special to The Globe and Mail
Published March 12, 2021 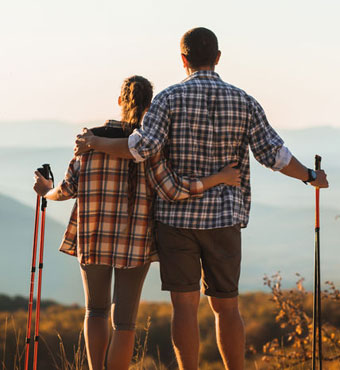 A year ago, Frannie and Frank were earning a combined $100,000 a year after tax, Frannie in a restaurant, Frank in a bar. The value of their two-bedroom condo townhouse in Toronto was rising by the month.

Then the COVID-19 pandemic hit and they were out of work. Frannie is 37, Frank 31. They’ve managed to earn some money since then but they’re a long way from making ends meet.

“We are needing to make some huge and life-altering decisions,” Frannie writes in e-mail. Since they can’t foresee their income rebounding any time soon, they have decided to sell their townhouse. They plan to rent and invest the profit.

“Our thoughts are to lean hard into dividends,” Frannie adds. They’ve set their sights on one Canadian closed-end dividend income fund, attracted by its double-digit distribution. “How do we invest the dividends? Is this plan too high-risk? When can we retire? Can we retire?!?” Ideally, they’d like to hang up their hats at age 55 with $62,000 a year after tax to spend.

“With the ultra-hot real estate market in the city, Frannie and Frank should have no problem selling their home and getting the price they want,” Mr. Ardrey says. They expect to get $950,000. They will pay off their mortgage of $377,500 and cover selling costs, estimated to be $66,500.

They plan to look for a smaller apartment for $2,000 plus $200 for utilities and parking. “This move will save them $650 per month in expenses.”

When the house closes, they plan to spend $7,000 on a vacation, leaving them with $499,000. They will both top up their tax-free savings accounts for a total of $120,000. “They may want to consider placing some funds aside for an emergency fund.”

Frank and Frannie plan to use the income from their investments to supplement their living expenses. They wonder whether their fund of choice is too risky.

“Aside from the risk of putting all their eggs in one basket, a deeper review of this fund has revealed a number of concerns,” Mr. Ardrey says. It boasts a yield of 10.97 per cent. “With a yield that high, how the distributions are generated is of utmost importance,” he says. “The fund does not hold anything that would generate that high a yield.” Instead, it generates its returns mainly through capital gains and return of capital; that is, giving investors some of their own money back.

When return of capital to unitholders becomes substantial, it can depress the value of the fund, Mr. Ardrey says. The fund’s return on capital has been around 47 per cent a year for the past four years – with the exception of 2019, when it was 88 per cent. Typically, fund distributions come from dividends and capital gains. In 2019, those accounted for only 12 per cent of the distribution. “For the rest, they had to encroach on capital.” The balance of the distribution for the past four years came mainly from capital gains – “not very typical of an income fund.”

The question is how long the fund company can sustain such high distributions, he adds. “What would happen if markets went through a prolonged downturn? It would likely be an unsustainable distribution.”

Finally, this fund locks in their investments, Mr. Ardrey says. Frank and Frannie would be able to redeem only once a year and when they do, they will get only 95 per cent of the value. “This is not an investment I would recommend they undertake.”

Instead, Mr. Ardrey looks at how the couple would fare with a diversified portfolio of 75 per cent equities and 25 per cent fixed income, and a historical rate of return of 4.78 per cent. If they invest with an online portfolio manager, they would pay 0.65 per cent in fees, leaving them with 4.13 per cent.

Frannie’s income is $19,000 a year, which she expects to remain static post-COVID, the planner says. Frank expects his income to rise from $44,000 back to its historical average of $56,000. The investment income alone will not be sufficient to meet the couple’s ongoing needs. They would need to start drawing down $4,000 a year of capital in 2022, increasing by $2,000 every few years, he says. “As time goes on, the frequency of these increases will rise as the capital pool diminishes.” By the time Frannie reaches age 55, the annual capital withdrawal would be $12,000 a year.

If they retire that early, Frannie will be entitled to 30 per cent of the maximum Canada Pension Plan benefit at age 65 and Frank 60 per cent, he estimates. The inflation rate is forecast at 2 per cent a year. “Based on these assumptions, they will run out of capital by 2051, when Frannie is 68 and Frank is 61.”

What if they worked another decade to age 65 and invested in the same portfolio? Working longer would have the effect of increasing their CPP benefits to 40 per cent of the maximum for Frannie and 75 per cent for Frank. “However, it would also add to the length of time they would need to be making pre-retirement withdrawals.” By the time Frannie retired at age 65, they would be withdrawing $22,000 a year.

“Leaving all other assumptions the same, they would still not be able to achieve their retirement spending goal,” Mr. Ardrey says. They would run out of capital by 2072, when Frank is 82 and Frannie is 89.

To improve their return, he recommends they hire an investment counselling firm and invest in a diversified portfolio of stocks, bonds and alternative income funds. Good-quality private income funds have returned 7 per cent to 9 per cent over the past few years with virtually no correlation to stock markets, he says. Private funds do have liquidity risk because they are subject to redemption periods.

“A portfolio like the one described above should be able to earn them 5 per cent net of investment costs or 6.5 per cent before,” the planner says. “With this change, they will reduce the amount needed from the portfolio pre-retirement,” he adds. They would start with $1,000 in 2026 and end with withdrawals of $14,000 when they retire. “So the improved returns delay the withdrawals by four years and reduce the amount needed at retirement by 36 per cent.”

These changes would be enough to put Frank and Frannie on the positive side of the ledger, but “the margin for error is very small.” They would be left with $575,000 at Frank’s age 90.

“So in addition to delaying retirement and improving their investment return, they must find a way to earn more income or reduce their expenses further,” the planner says. Because Frannie is in a lower tax bracket, the ideal would be for her to earn at least another $10,000 gross a year, he says.

The problem: How should they invest the proceeds of their house sale? When can they afford to retire?

The plan: Invest in a diversified and balanced portfolio. Plan on working to age 65. Strive to make at least another $10,000 a year.

The payoff: A realistic assessment of what they need to do to achieve their goals.