Below you will find a real life case study of an individual who is looking for financial advice on how best to arrange their financial affairs. Their names and details have been changed to protect their identity. The Globe and Mail often seeks the advice of our VP, Wealth Advisor, Matthew Ardrey, to review and analyze the situation and then provide his solutions to the participants.

Written by: Dianne Maley
Special to The Globe and Mail
Published November 20, 2020 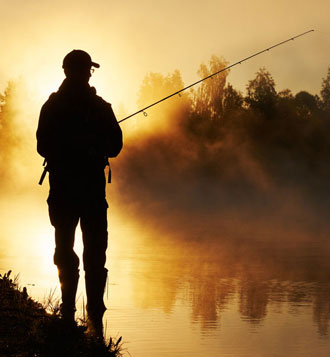 Ted wants to retire from work as a self-employed consultant at year end when his current contract expires. He is 58 and single with no dependants.

Years of running a successful business have left Ted with more than $2-million in his corporate investment account. He also has a mortgage-free house in Toronto and a defined benefit pension from a previous employer that will pay him $24,000 a year, indexed to inflation, starting at the age of 65.

“If I retire now, how much could I safely draw per year from my investments and in what order?” Ted asks. “What would be the most tax-efficient way to draw down the corporate funds?” His investments comprise a mix of dividend-paying exchange-traded funds and index funds. “What return should I expect and what asset mix would you recommend?” he asks. “Do you see any gaps and what would be your suggestions to correct them?”

Longer term, Ted might exchange his house for a condo in Toronto and a villa someplace where the winters are warm. His retirement spending goal is $150,000 a year after tax, up from spending of about $70,000 now. The increase would cover travel and leisure expenses.

We asked Matthew Ardrey, vice-president and portfolio manager at TriDelta Financial in Toronto, to look at Ted’s situation.

Ted will be relying largely on his corporate investment portfolio for retirement income, Mr. Ardrey says. Ted has $55,000 in his tax-free savings account, $120,000 in his RRSP and $2.08-million in his corporation.

Because the bulk of his assets are in his corporation, Ted must consider the tax consequences of each withdrawal and take full advantage of available tools to minimize tax, the planner says. This includes using the capital dividend account, or CDA. With this, the non-taxable half of a capital gain from a stock sale is added to the CDA and can be distributed as a tax-free dividend to the shareholder.

“In terms of how we see the drawdown of Ted’s accounts, he will focus on using his corporate assets exclusively at a rate of $150,000 per year, plus any available CDA distribution,” Mr. Ardrey says. “As the assets are depleted, the amount of the CDA distribution declines from $43,700 in year one to $4,800 by the time Ted is 83 in 25 years’ time.”

Once Ted turns 65, he will have pension income of $24,000 a year plus Canada Pension Plan benefits of $8,254 a year. The CPP benefits are less than maximum because Ted has been drawing dividends rather than salary from his corporation. The planner assumes Ted’s Old Age Security benefits will be clawed back because his income is high. “This [extra income] will allow him to reduce the amount of his withdrawals from the corporation to $110,000 per year.”

Next Mr. Ardrey looks at Ted’s investment strategy – and finds it wanting. If Ted is to live off the income from his investments, he will have to find a way to keep stock price volatility low and “create a consistent stream of income for his future,” the planner says.

“Currently, Ted’s portfolio is 63 per cent in cash, and aside from one small stock position, the remainder is in a financial services ETF and an income fund,” Mr. Ardrey says. Ted’s cash position is so high because he sold three substantial holdings – a real estate investment trust (REIT), a Nasdaq index ETF and half his income fund – when the markets pulled back in September. This nervousness does not augur well for someone who wants to invest solely in stocks, the planner says.

Ted plans to invest 50 per cent of his corporate portfolio in dividend-paying stocks and 50 per cent in stocks that focus on capital appreciation, Mr. Ardrey says. As well, Ted would like to focus on investments with return of capital distributions (like some REITs and income funds) to minimize tax. (Income tax is deferred on return of capital distributions until the security is sold.) With this strategy, Ted expects to earn $10,000 to $12,000 a month in dividends, the planner says.

Historically, a well diversified, 100-per-cent stock portfolio with allocations to all geographic regions could earn a total return (dividend yield plus capital appreciation) of 6 per cent, net of investment costs, Mr. Ardrey says. If Ted gets $10,000 a month in dividends, this would be a yield of 5.77 per cent. Dividends of $12,000 a month would mean a 6.92-per-cent yield. “Though it’s not impossible to achieve,” such high yields will likely require more concentration in securities (such as REITs and income funds) and sectors (such as financial services and utilities) than would be prudent, the planner says.

Even if Ted can resist the urge to sell when markets are jittery, he will need more than just dividends to achieve his spending goal, Mr. Ardrey says. He will need to draw on his capital as well, selling his holdings over time. If he has to sell when “there is a prolonged market contraction, he risks permanent losses.”

Given the size of his portfolio and how dependent he will be on it for retirement income, Ted should consider hiring a professional portfolio manager or investment counselling firm, Mr. Ardrey says. Such firms are required by law to act in the best interests of their clients. They can also offer investments that do not trade on public markets, including private income or debt funds; for example, fund managers who offer mezzanine or bridge financing to corporations.

So can Ted retire at year end and achieve his spending goal? “Unfortunately, the answer is no,” Mr. Ardrey says. By the age of 82, Ted would run out of investment assets, but he’d still have his real estate. Selling his property at that point and investing the proceeds would carry him to age 90. This assumes Ted is able to achieve that 6-per-cent return.

Having to sell his real estate would leave Ted with little in the way of a financial cushion, the planner says, “something that I would not recommend.” There is a simple solution. Ted can keep his property cushion by cutting his target spending from $150,000 a year to $120,000, still well above the $70,000 he is spending now, Mr. Ardrey says.

The problem: Can he retire at year end and spend $150,000 a year? How should he draw down his corporate investments?

The plan: Cut spending target to $120,000. Consider hiring a professional money manager to design his portfolio to lower risk and provide steady and potentially higher returns.

The payoff: A worry-free retirement.