Knowing what to do in the middle of a highly stressful and uncertain time is very difficult for investors. You have experts on TV telling you to horde cash, while others say today is the best day to buy. They all believe what they are saying, and everyone is really left to guess.

At our firm there are two things that guide us at times like this:

1. Have the right asset mix for you, and stick with it. Market changes should not meaningfully change your asset mix. Your asset mix should change mostly when your personal situation changes. Things like retirement, major purchases, divorce, or significant health changes — all of these might be times for a change to your asset mix.

This work on the correct asset mix insulates those with the least tolerance for losses from some of the damage when things go bad. For those not so insulated, they are OK with it because they understand that this is the price to be paid to get the upside as well.

2. Use data to minimize emotional investing. Our Sr. VP, Equities, Cameron Winser reviewed similar pullbacks over the past 70 years. Since 1950 there have been eight periods on the U.S. S&P 500 when there has been a decline of at least 15% in a 30-day period. Picking the absolute bottom is a guess each time, but at the end of that 30-day period of declines, the immediate and mid-term future was almost always positive.

These are returns without dividends, so they underestimate the actual returns.

Even without dividends, we can see the following:

We looked at the same scenario for Toronto stock markets. We found nine situations of 15+ per cent declines in a 30-day period. The findings were largely the same. 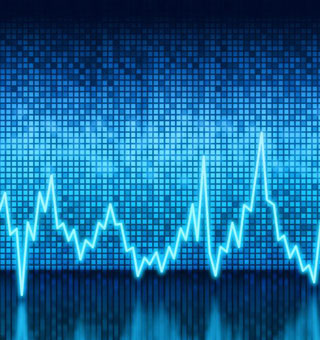 This data tells a very important and clear story. Big pullbacks represent good entry points. As I write this, the S&P 500 has crossed the 15 per cent line from peak to trough this month.

This tells us that based on a pretty long history, if you buy into the market after a 15 per cent drop, you may suffer further declines over the next few days, but as you look further out, you will very likely be pleased with the timing of your purchase. It also tells us that if you are fully invested in stocks at a reasonable weighting for you, then now is definitely not the time to be selling.

People will say on each of these events “this time is different.” They are right. Each time the cause of the decline is different, but the constant is human emotion. Fear and greed. Human emotion is the same and it leads the markets to repeat patterns again and again.

The lesson of this fear and greed is that now is likely a good time to be invested in stocks. It may not be the perfect day, but it is very likely to be a good day, as long as your investment timeline is at least a year.

Other things to note is that of the list of 15+ per cent declines in the U.S., six of the eight had further declines of only zero per cent to five per cent after the 15 per cent point.

In October 1987, the decline was worse, but most of it happened on one day. On Oct. 19, Black Monday, the Dow fell 22.6 per cent. In this case, our theory still holds true, in that once that day was done, even though markets were very volatile over the coming weeks, the trend was clearly positive.

The other time with a larger decline was in October 2008. While many of us remember that it wasn’t until March 2009 that things actually bottomed out, let’s say you bought into the market in October 2008 after a 15 per cent decline. You would have had a pretty rough ride for several months, but you still would have been comfortably ahead by October 2009.

The 2008 example also leads to an important lesson at times like this. Patience is a key for investment success. We are currently in a very volatile market situation where every day is a roller coaster. This will likely continue for a few more days, maybe even weeks. It will not continue for months. Panic selling is not a long term activity. It feels like it when you are in the middle of the days or weeks that it goes on, but it will not continue for long.

The other reaction from many people at this point is they say that they will reinvest cash once things settle down. To borrow from Ferris Bueller: “Markets move pretty fast.”

“Once things settle down,” usually means that the market has had a solid recovery. Over the ‘Next 20 Days,’ six of the eight periods saw significant one month gains. You can certainly wait until some meaningful gains have returned, but there is often a sizeable cost for waiting.

Our key message here is that based on long-term historical data that has seen how actual investors react after a 15 per cent decline, this is a time to be adding to or sticking with your stock investments, and not a time to be selling out. Guarantees do not exist, but data, human emotions and history guide us on what to do.