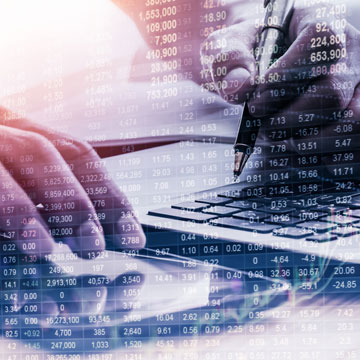 In May, the S&P500 dropped as much as 11% in the first 3 weeks and ended the month roughly flat.  In a month like this, and in a year like 2022, it is very important to start with investments that are valued at least somewhat reasonably, and then to avoid emotional decisions.  These two concepts form the theme of this months’ commentary.

There is a famous quote from author Mark Twain which states: “History doesn’t repeat itself, but it does rhyme.”

Famed investor Howard Marks used this quote in his most recent memo discussing the behavioural attitudes seen in bull and bear markets and lessons that can be learned from these ups and downs throughout the market cycle.[i]  Not since the COVID crash of 2020 have we seen such sustained downward pressure on the markets and in comparison, this certainly feels like a much different environment than just a couple years ago.

Even before COVID, some had referred to the decade long bull run as the “everything bubble”.  It wasn’t about picking winners and losers, but rather who was going to win the most in an environment full of optimism.  This often reached exuberance like we saw after the markets March 2020 low.

Market analysts and economists couldn’t help but draw comparisons to the early 2000’s tech bubble where euphoria had encapsulated everyone hearing about the gain’s others were making on their investments. In hindsight, taking stock recommendations from neighbors and taxi drivers was the sign of the end of those good times. It’s important to note that not all those companies during the tech bubble were bad businesses. I’m sure anyone would happily go back and invest in Amazon or Apple if they had the chance. The harsh reality that many learned at the time was that valuation matters.

If you could go back to the year 2000 and I told you about a company that over the next 21 years would nearly double their annual revenues, increase their earnings per share by over four times, and grow to have a market capitalization of $187 billion you would probably say this is a no brainer. Now what if I told you that had you bought at its peak in March of 2000 and held it until May of 2022, you would have lost 21% of your investment…This example refers to Cisco Systems (Ticker: CSCO) and although it’s just one example there are others like it.

Those who bought shares in Cisco did so believing they would manufacture and distribute key infrastructure to support the growing internet revolution and be an important player for years to come. Despite being largely correct, those investors (if any held on) would have lost 21% of their investment in the company. At their worst, those investors would have been down almost 90% in that first two years as a shareholder. Over this same time period the S&P 500 Index generated a total cumulative return of 314%.

Investors buying Cisco in 2000 did so when the company had a Price to Earnings (P/E) ratio, an important metric in judging a stocks valuation, of 382 times. In comparison, the S&P 500 Index has had an average P/E of about 15 times going back many decades.

The point of this example is to demonstrate that price matters. So far in 2022, 22% of the companies traded on the tech heavy Nasdaq have returned at least -50% since their highs. One would not need to look further than Cathie Wood’s Ark Invest. Wood gained notoriety during the pandemic as her flagship fund ARK Innovation ETF (Ticker: ARKK), which delivered extremely high returns for investors on the back of its bets on companies like Zoom Communications, Tesla, Coinbase, and others. At its peak ARKK traded at $132.50 and to the end of May 2022 traded at $44.57 for a loss of 66%. By no means are we implying all the companies held in this fund are bad companies but that buying even good companies at unreasonable valuations is not investing, it’s gambling.

Today we have seen firsthand, celebrities and social media influencers touting the next big “thing” whether that be a new cryptocurrency, NFT, or “meme stock”. We here at TriDelta are active managers whose focus is on generating a favourable long-term rate of return in line with your specific circumstances, always keeping risk in mind. To the end of May 2022, the TriDelta Growth and Pension Funds have returned -6.76% and +0.11%, respectively. In comparison the MSCI World Index, a collection of over 1,500 companies globally, is -12.86% for Canadian investors. We continue to focus on high quality companies at compelling valuations rather than letting emotion take hold and getting swept up in the moment. In comparison to the funds benchmark P/E ratio of 16.95, the TriDelta Growth and Pension Funds have a ratio of 10.78 and 14.79.

On the topic of emotions, one of the best ‘value adds’ provided by working with a TriDelta advisor, is keeping emotions in check in good times and bad. Russell Investments Canada developed a calculation to demonstrate the value of a full-service Canadian financial advisor and determined working with such an individual can add 3.85% to the value of a client’s portfolio, in large part because of their ability to coach behaviour in stressful times.[ii] We here at TriDelta make it our mission to have a deep understanding of what you are looking to achieve and ways in which we can help reach those goals.

Through comprehensive financial planning, investment management, and other services (TriDelta Family Doctor Model), we help you to manage the emotional responses to market volatility.

As we face future months like May 2022, we believe that our approach to value oriented investing and long-term planning will maintain your financial peace of mind.

[i] Behind The Memo: Bull Market Rhymes (oaktreecapital.com)

[ii] How much is a financial advisor worth to their clients? | Wealth Professional