Tips on How to Get the Most from your RRSP

Lorne Zeiler, Portfolio Manager and Wealth Advisor at TriDelta Financial, was one of the experts asked about strategies to maximize the benefit of RRSP accounts and how to reduce overall taxes based on the timing of withdrawals and use of Spousal accounts.

Written by: Dale Jackson
Special to The Globe and Mail
Published February 7, 2020 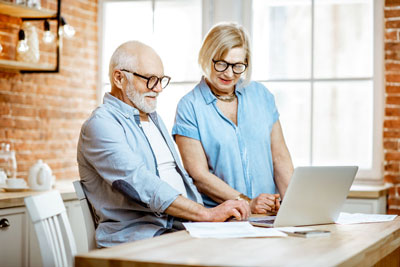 The season for Canadians to make their last minute contributions to their registered retirement savings plans (RRSPs) for the 2019 taxation year is in full swing. The investment industry is pulling out all the stops to educate Canadians on the advantages of putting their retirement nest eggs in these tax-deferred vehicles.

But while Canadians hold a total of more than $40-billion in their RRSPs, there remains a lot of confusion over what they actually are and how they work.

We spoke to three investment experts on the front lines to find out some of Canadians’ biggest RRSP misunderstandings.

One thing most Canadians understand is the immediate tax break that comes with an RRSP contribution. Each dollar invested is deducted from taxable income, which results in a tax refund from our highest tax bracket.

But Ms. Zollo says many people don’t understand that those contributions and any gains they generate are taxed fully when withdrawn.

”People think that it’s not a big deal. ‘I need some extra money, I’m just going to take it from my RRSP.’ You’ve just done two negative things: You’ve added that income to your taxable income for the year and you have now lost that contribution room,” she says.

The tax implications of withdrawing from your RRSP are the same as contributing – but in reverse. Each dollar is added to total taxable income in the year it’s withdrawn. Those in a higher tax bracket could actually be paying more taxes than they saved when they made their contribution.

She notes that many of her clients are aware of the exceptions to the rule if funds from an RRSP are withdrawn for a down payment on a first home or to go back to school – provided they are returned to the RRSP after a certain time period.

In any other case, she says, the best time to withdraw from an RRSP is during a year when the plan holder’s taxable income is low. That’s usually in retirement, but it can also be during difficult times.

“If somebody lost their job and they have no other source of income, that’s a worthwhile time to revisit an RRSP withdrawal,” she says.

When an RRSP holder turns 71, the plan must be converted to a registered retirement income fund (RRIF). A RRIF is like a reverse RRSP: Money goes out instead of going in.

Once an RRSP is converted to a RRIF, the Canada Revenue Agency requires minimum withdrawals based on the total amount in the plan, which could result in withdrawals in a higher tax bracket. If the amount reaches a certain threshold, Old Age Security (OAS) benefits could be lowered or clawed back.

Mr. Zeiler says many Canadians aren’t aware they can lower their tax bills earlier in life by converting their RRSPs to RRIFs before they turn 71.

“It’s a phenomenal time to take [assets] out from an RRSP or RRIF, if they’re quite large, because that might be your only or main source of taxable income, so you could withdraw it at a very low tax rate,” he says.

Mr. Zeiler says it might make sense for investors with high-value RRSPs to make the conversion to an RRIF before they begin collecting OAS or Canada Pension Plan (CPP) benefits, which are included as taxable income.

Other benefits of an early conversion include lower fees for RRIF withdrawals and avoiding a mandatory withholding tax on RRSP withdrawals.

“You can open a RRIF, convert as much of your RRSP into that RRIF and have a source of income. As long as you’re only taking the RRIF minimum, there’s no withholding tax,” he says.

Mr. Zeiler says another common misunderstanding is that spousal RRSPs are irrelevant now that income-splitting is allowed for couples when they turn 65. Spousal RRSPs permit one spouse to contribute to another spouse’s RRSP and deduct that contribution from the former’s income.

The final objective is to withdraw more RRSP dollars in a lower tax bracket in the lower-income spouse’s hands during retirement, but he says a spousal RRSP is a good form of income-splitting if the spouse retires before 65.

“It only works if it’s a couple, one has a significantly higher income and the other one is more likely to retire early,” Mr. Zeiler says.

He cautions that withdrawals cannot be made from a spousal RRSP until at least three calendar years after a contribution, or it will be taxed in the contributor’s hands.

Mr. Zeiler also says a spousal RRSP is a good hedge in the event the federal government no longer allows income-splitting after 65.

”There’s no limitations to income-splitting today. Who knows? In the future that could change,” he says.

Although March 2 is the RRSP contribution deadline, it’s only the deadline to apply any contributions against income from 2019.

“If your income was unusually lower in 2019 than you expect it to be in 2020 or future years, you can choose not to take the deduction for the contribution that you made and carry those deductions forward to a future year when you expect your income to be higher,” she says.

RRSP contribution limits accumulate by 18 per cent of the previous year’s income. The maximum for the 2019 taxation year is $26,500.

Ms. Jacks blames much of the confusion on the drive to focus on annual contribution deadlines for a quick tax refund and not big-picture tax savings.

“People should think of their RRSPs all year long,” she says.