FINANCIAL FACELIFT: How can this couple save for their son’s higher education and their own retirement?

Below you will find a real life case study of a couple who is looking for financial advice on how best to arrange their financial affairs. Their names and details have been changed to protect their identity. The Globe and Mail often seeks the advice of our VP, Wealth Advisor, Matthew Ardrey, to review and analyze the situation and then provide his solutions to the participants.

Written by: Dianne Maley
Special to The Globe and Mail
Published September 25, 2020 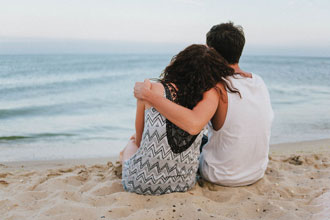 Since coming to Canada from India in 2016, Sanjay and Maya have found well-paying jobs, bought a large condo in Toronto and had a child. He is age 35, she is 32.

Both are professionals, bringing in a combined $300,000-plus a year in salary. Sanjay earns another $15,000 a year in income from his business, which he hopes to expand.

“We have assets across Canada and in India, spanning equities, bonds and real estate,” Sanjay writes in an e-mail. While they are both well educated, “financially, we believe there’s so much more we can and should do,” he writes. “The last few years were so unpredictable in the stock market that most of the time we spent on the sidelines.”

Their questions: “What should be our portfolio structure to achieve our goals?” Sanjay asks. Their long-term goals include saving for their son’s higher education and for their own retirement. Their retirement spending target is $6,500 a month or $78,000 a year. “How much should we be saving on a monthly basis?” As well, “what products are we missing that are unique to Canada and which can give us some tax benefits?”

We asked Matthew Ardrey, a vice-president and financial planner at TriDelta Financial in Toronto, to look at Sanjay and Maya’s situation.

Now that they are settled, Sanjay and Maya would like to take stock of their lives and ensure they are on the right path for their financial future, Mr. Ardrey says.

“Sanjay’s goal is to work at his own business full-time once his income from it is sufficient, which he figures will take another two years.” In preparing his forecast, Mr. Ardrey assumes that for the next two years (2021-22) Sanjay will earn $15,000 a year from his business and in 2023 will start working there full-time, earning $150,000 a year.

After communicating with the couple and analyzing their income and expenditures, the planner discovered some holes in their budget. They appear to have a larger surplus than their numbers indicated, he said. Although some of the difference can be attributed to RRSP refunds, “Sanjay and Maya need to review their budget thoroughly,” Mr. Ardrey says.

The next step is for Sanjay and Maya to open a registered education savings plan for their son, who was born in 2018, to take advantage of the Canada Education Savings Grant, the planner says. The grant adds 20 per cent to the first $2,500 in contributions made to an RESP each year up to a maximum of $7,200. “To maximize the grant, they should look at contributing $5,000 for this year and next (to catch up with missed contributions) and then $2,500 a year afterwards,” he adds.

The savings will not be enough to cover the expected future cost of postsecondary education, estimated at $20,000 a year for a student living away from home, Mr. Ardrey says. Including investment returns, they would be able to cover off about 55 per cent of the expected costs. The remainder would have to come from the child’s work income, student loans or other family savings or current income.

In addition to their above-mentioned savings, Maya will be enrolled in a defined contribution pension plan by the end of the year, the planner says. Starting in 2021, she will contribute 6 per cent of her salary, matched by her employer. In addition, Maya makes the maximum contribution to her RRSP annually. Mr. Ardrey assumes that after he leaves his job to run his own business, Sanjay will maximize his RRSP contribution room each year as well.

Next, the planner looks at the couple’s investment portfolio, which has an asset mix of 95 per cent equities and 5 per cent fixed income, with most of the stock portion in U.S. and international markets. Aside from bank accounts, all of the non-registered investments remain in investment accounts in India, with the bulk in mutual funds, he says. The historical return for a portfolio with this asset mix is 5.6 per cent a year, with an average investment cost of 1.25 per cent, Mr. Ardrey says. When they retire, his analysis assumes their rate of return is reduced by one percentage point as they add more conservative investments to their asset mix.

“Based on the above assumptions, Maya and Sanjay can meet their retirement goals with ease,” Mr. Ardrey says. At Maya’s age 90, they would have $3-million in investment assets, largely in RRSPs or other registered accounts, and $4-million in real estate value, he says. If they decided to spend that investment value, they could increase their spending by $4,500 a month, in addition to the $6,500 a month in planned spending.

“With that kind of financial cushion in place, Sanjay and Maya may want to look at retiring earlier than 65,” Mr. Ardrey says. He did a projection with a retirement age of 60 for Sanjay and age 57 for Maya. Even if they retired sooner they can still meet their goal, though the additional spending room would fall to $1,000 a month more than the $6,500-a-month target.

Despite this rosy picture, there are things that Sanjay and Maya can do to improve their financial picture, Mr. Ardrey says. First is to open tax-free savings accounts and contribute the maximum allowable. “Being able to save an additional $6,000 each and every year tax-free will greatly benefit them in retirement,” he says. Unlike RRSPs, withdrawals from TFSAs are not taxable.

As well, a considerable amount of their investments remain in Indian rupees, which adds foreign-exchange risk to their investment portfolio, the planner says. They should look to move those investments to Canada where they can form part of an overall investment strategy, he says.

Because Sanjay plans to run his own business, they might want to consider a less volatile asset mix, the planner says. Given low interest rates and turbulent stock markets, they could add some private income-producing investments such as a private debt fund or a global real estate fund, Mr. Ardrey says. “These funds would be designed to supplement their returns while reducing the volatility risk of the equities.”

The problem: How best to chart a path to a solid financial future.

The plan: Open an RESP for the child to take advantage of the government grant. Open TFSAs for both of them so their earnings can grow tax-free. Consider lowering risk in their investment portfolio.

The payoff: A brighter financial future than they may be anticipating.

For those of us born before the 1980s, we enjoyed the benefits of affordable higher education and a fairly low entry point to the real estate market.  For kids about to enter University, the tuition cost of a three year law program could easily run over $100,000, a two year MBA between $60,000 -100,000 and the 20% down payment for their first home in Toronto would likely be over $150,000.  By comparison nearly 15 years ago, higher education was only about 10-15% of this cost and my first house down payment was less than $70,000 (and yes that was over 20% of the purchase price).  Our children, while given nearly every advantage, may find it tougher making their way in the world and to move out of our basements unless we start planning now.