Why you probably shouldn’t ever want to own a cottage

As you are reading this on what is hopefully a beautifully sunny and warm day, sitting on your dock on the water, what could be better than being at your cottage.

There is no question of how nice it can be, but do you really have to own it to enjoy it?

Occasionally clients ask our view on buying a cottage. This question usually leads to a broad discussion where the financial equation is only one part of the picture. Their stage of life, kids’ ages, desire to explore or stay put, comfort with property maintenance, and even their experiences growing up, play a big part in deciding whether to buy or not. 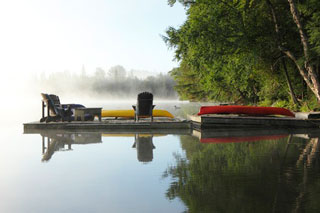 For me, I am pretty certain at this stage of life (with three school-aged children), we are not cottage buyers. I know that not everyone will agree with this opinion, but I know it is the right decision for me and my family. Here are five reasons why I won’t buy a cottage.

Over the past 6 weeks, but especially in the past week, the stock markets have experienced a meaningful pullback.

From its peak to close yesterday, the TSX was down 11.5%.

Dow Jones Germany was down 14.8% from its peak.

Our clients have typically fared much better during this period for the following reasons: 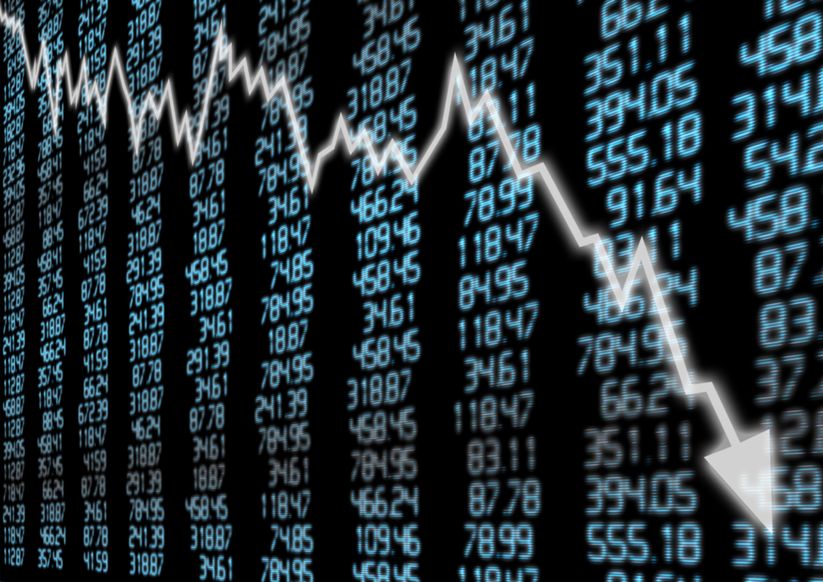 A final note on asset mix. We believe that if your asset mix was right for you 6 months ago, it is probably still correct for you today. The only reason for a meaningful change is if your cash flow needs have changed significantly or if your overall financial position has had a meaningful change. If those haven’t happened, we wouldn’t recommend changing now. Keep in mind that in February 2009 it was almost impossible to get people to invest in the market – with most late RRSP contributions going to cash. For the full year 2009, the TSX had a return of 35.1%. The point is that it is very difficult to pick a market bottom, but we do believe it isn’t far off from here. When the bottom hits after a sudden pullback, there is quite often a very strong rally. Investors with a long term perspective do not want to miss that rally.

We will continue to monitor various factors closely, and may make some changes to portfolios as we do throughout the year, but for now, we believe it is not the time for major changes.

One factor we are monitoring is Ebola. We do not know what Ebola will become on a global basis. We do know that over the past 90 years, the fear factor on ‘new’ diseases and viruses has been much greater than the actual global impact. How many of us even remember the Swine Flu? In June of 2009, the World Health Organization and the US Centers for Disease Control announced that it was a Pandemic – and fears were rampant. While not equating the two, we believe that it is very likely that today’s fear will prove to be overdone on a global basis.

As always, we are happy to talk to and meet with all clients at any time. If you have questions or concerns, please do not hesitate to contact your Wealth Advisor.

TriDelta offers investment solutions that consist of a variety of targeted, discretionary portfolios to deliver superior, risk adjusted returns. These include Canadian, US and global solutions ideal for non-registered, RRSP and TFSA’s.

END_OF_DOCUMENT_TOKEN_TO_BE_REPLACED

What Happened in the Quarter

The third quarter can be summarized by two major government announcements:

Both of these actions and the expectations of these actions drove markets higher during the quarter. Among the biggest beneficiaries were precious metals, energy, and other commodities – sectors of the market that lagged for much of the year.

The Toronto market was up 6% on the quarter after having fallen over 6% in the previous quarter.

The bond universe market was up 1.2% on the quarter.

How did you do?

At TriDelta Investment Counsel we have two main types of clients. The first group seeks conservative growth and income and are invested in our ‘Pension’ model. The second group is looking for growth, which is delivered via our ‘Core’ model.

This group is typically in retirement or close to it and looking for less volatility, higher income and steadier 5% to 10% gain, especially while interest rates and GIC rates are so low.

Most pension clients grew by 1.5% this quarter (after fees).

Our Pension model (based on 60% stocks and 40% bonds) returned 5.5% year to date (after fees). So far on the year we are very pleased to see that our Pension portfolios are delivering the type of returns that they were designed to deliver.

While the performance this quarter was not as strong as the super charged stock markets, it is important to remember why. Our approach is based on finding a mix of bonds, preferred shares and dividend paying stocks that will provide a steady level of income. The capital gains growth from the portfolio will usually come from companies that are rarely flashy in the short term (like the precious metals index) but act more like the tortoise than the hare. Companies like Trans Canada Pipelines, Philip Morris, and Colgate Palmolive.

These are the type of companies that will not jump meaningfully upon hearing about the latest round of quantitative easing.

One area of Pension focus for us is to hold companies with stable and growing dividends. In terms of dividend changes this quarter we saw 7 dividend increases and no decreases:

This group of clients is looking for greater growth, less concerned about income, and want to beat the market over time. Ideally for peace of mind, these portfolios will still have less volatility than the market overall. We call this group Core Performance portfolios.

Most Core Performance clients grew by 2% this quarter (after fees).

Our Core Performance model (based on 60% stocks and 40% bonds) returned 9.7% year to date (after fees), with a healthy part of the gains coming in the first quarter.

The numbers are quite positive although we saw a little portfolio drag of higher cash balances in the Q3 performance in our Core Performance portfolios. We look forward to adding some more momentum to the portfolio over the next few months as opportunities present themselves.

Some of the trades we made this quarter and why?

We will not likely hold this bond to maturity, but feel that the significant increase in yield (while holding the same company), will benefit investors in the short to medium term, while we remain confident that long term interest rates will remain low (or lower) over that time.

Rationale – This was a difficult decision. The stock was purchased for most clients around $40, dropped to $31, and came back to $37 when we sold it for Pension clients. The volatility is what made us sell the stock. It remains in our Core portfolios as it passes the financial hurdles of the Core model and the speculative nature and volatility of the stock is more appropriate for that mandate.

Rationale – Tesoro is an independent petroleum refiner and marketer in the United States with two operating segments: refining crude oil and selling refined products in bulk and wholesale markets and selling motor fuels in the retail market. They had a great earnings report this quarter and continue to prove themselves as one of the best operators in the refining space. Growth wise they have two expansions that should contribute positively to earnings shortly and help accelerate growth. The stock ranks very well and is breaking out of a 11/2 year range that should provide substantial support.

Rationale – The stock had a really good run and was up 45% YTD when we sold it. There was some concern about high valuations and their entry into new market segments such as student loans. So far the stock has continued to do well in August and September.

Our Investment Outlook and how it will impact your portfolio

We believe that some of the market gains in Q3 have been driven by ‘hot air’. By this we mean that it is relatively easy for governments to print and throw money at a major economic problem. What is difficult is seeing fundamental economic improvements on the ground and in the economy.

On the positive side there continues to be signs that the US housing market is stabilizing, with price gains in many markets. Housing market changes tend to move slowly, and a turn from one direction to another can be a significant signal. We are hopeful that this slow shift in US housing will provide one of the foundations for an improving economy.

The other big positive is that historically when the government provides economic stimulus and provides lower than average borrowing costs for consumers and companies, the markets tend to benefit. We have certainly seen some of this benefit in the U.S. market, and think that in the medium term that will continue.

On the negative side, there are a few items:

Among the laws set to change at midnight on December 31, 2012, are the end of last year’s temporary payroll tax cuts (resulting in a 2% tax increase for workers), the end of certain tax breaks for businesses, shifts in the alternative minimum tax that would take a larger bite, the end of the tax cuts from 2001-2003, and the beginning of taxes related to President Obama’s health care law. At the same time, the spending cuts agreed upon as part of the debt ceiling deal of 2011 will begin to go into effect.

TriDelta’s defensive stance (with higher than average cash balances) will remain until we see a meaningful 5%+ pullback in markets, so that we can find some better entry points. An example might be outside of Canada. We currently have a meaningful position in the U.S. markets. We will likely be expanding our non-Canadian positions for two reasons. The first is that the Canadian dollar is currently very strong, and we believe it is at the high end of the range making it a good time to invest outside of Canada. Also, we continue to look for greater diversification from the core energy and materials that Canada has in abundance.

When we look at the movements of the markets in the last quarter, through the list of positive and negative items that we are facing, we believe that one of the list of four negative items will be the focus of markets’ attention at some point this quarter, and will lead to a pullback that we can take advantage of.

In the meantime, our portfolios (while a little conservative) are well positioned to continue to see some growth in most market situations.