Where to Invest Your RRSP Contributions 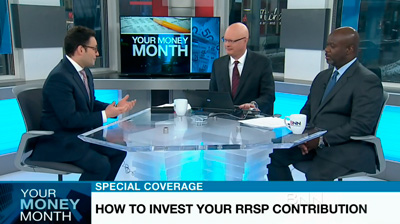 Lorne Zeiler, VP and Portfolio Manager at TriDelta Financial and Investment Counsel was the guest on BNN’s The Street on February 13th to discuss RRSP Investing, TFSAs and where to invest your RRSP contribution. 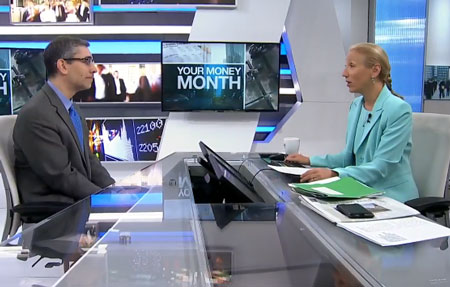 According to a recent poll done by a leading Canadian bank, more than half of us won’t be contributing to an RRSP this year.

BNN invited Ted Rechtshaffen to discuss the findings and share his insights on saving for our retirement.

To better assist you in making effective savings decisions and as importantly how best to invest it, we invite you to connect directly for a no obligation discussion – simply click here and we will have one of our Wealth Advisors connect with you.

We also recently outlined the differences between an RRSP and TFSA (Tax Free Savings Account) contribution.

Other key findings of the bank sponsored poll include:

Should you contribute to your RRSP, TFSA or pay down debt 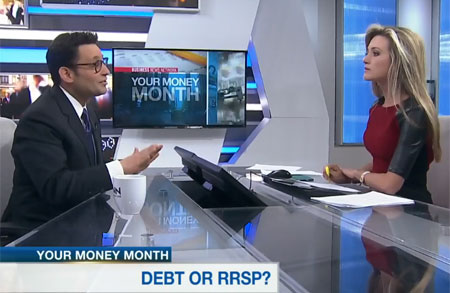 If your boss offered you a $5,000 raise for the same amount of work, would you say no?

That fact is that many Canadians are turning this down by not taking advantage of their companies matching of RRSP contributions.

The obvious reason is that money is tight for many people and the idea of having less in your pocket each paycheque can be painful. But the question must be asked: What else are you doing with your money that will return 100% (if there is full employer matching)?”

END_OF_DOCUMENT_TOKEN_TO_BE_REPLACED

For most of us, the concept of retiring at 55 is dead. It is dead because many would struggle to finance a retirement that will last 30 plus years, but also dead because many people are realizing that they don’t actually want to be retired for 30 years.

Since 1975, the average number of years spent in retirement has grown by more than 30%.

The study doesn’t nail down if it was money or other reasons that drove us back to the working world but these are significant numbers that we likely wouldn’t have seen 40 years ago. The study stopped at 65 but I think in the coming years we will see more and more people working well into their 70s.

According to The Canadian Human Mortality Database, the average life expectancy for a 55-year-old male is 27.1 years, or to age 82. Given that it is an average, roughly half of all 55-year-old males will live beyond 82. This is based on 2009 data.

This may not seem like a huge difference at first, but looked at another way, the average length of retirement for a 55-year-old male has grown 31% since 1975, from 20.7 years to 27.1 years. That is very meaningful.

For females, the trend is the same, but slightly less dramatic. A 55-year-old female can expect to live another 30.5 years on average, meaning roughly 50% of 55-year-old females will live beyond 85. This has grown 17% for women since 1975.

The point of all of this is that retirement planning needs to change, and a significant part of that relates to employment. 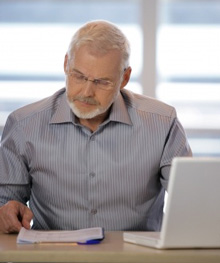 He may have 20 to 40 years of life in front of him and may be nearing the end of his career. This makes no sense for most people – both for financial and quality of life reasons. There needs to be a better fit between this person’s skills, work goals, financial goals and the broader workplace.

This shouldn’t be that difficult to figure out.

The private sector is always looking for people to hire that will add to a companies’ profitability.

I believe that there are currently two factors preventing a better workplace fit for those who want to work into their late 60s and 70s, and even 80s.

1) 9-5 workdays That rigidity certainly isn’t good for traffic during rush hour, but it also prevents too many valuable workers from continuing to work. Whether it is a much shorter or flexible work week or more piecemeal project work, there needs to be more workplace creativity in order to be able to take advantage of the great talent available.

2) Ageism There continues to be a belief that older workers can’t contribute or add value. Their ‘old school’ ways and lack of technology skills or “unwillingness” to burn the midnight oil are typical comments heard in the workplace. Despite these perceived weaknesses, we also know that things really get done based on communication skills, people management, problem solving, and looking at things from a different perspective.

This reminds me of an ‘old school’ manager I once had who would often be seen going over his files from the ’70s and ’80s. Occasionally he would pull one of them out, blow off the dust, and say “let’s see how we dealt with this same issue the last time.” It was amazing how often we would discover that today’s new business issues had already been dealt with many years before.

There is also a broader economic issue for Canada. As a country we would be in much better shape if we can tap into the productivity of those over 65. This wasn’t such a big issue in 1971 when those over 65 were just 8% of the population. Today that number is 16%, and it is expected to be 24% in the next couple of decades.

If 65 really is the new 55, then we better figure out how to make it work.

RRSP – When an RRSP is not enough

RRSPs are simply one big tax game. The aim is to get at least the same (if not better) tax refund when you put money in, than you will be forced to pay when you ultimately withdraw from your RRSP or RRIF.

For those who make a high income – let’s say $300,000 in taxable income – RRSP contributions are great. Depending on the province, every dollar they contribute to RRSP’s effectively lowers their income by $1. This provides a lower tax bill of 39 to 50 cents.  As long as tax rates don’t change, you are guaranteed not to lose the RRSP game because at worst, you will have to pay the same rate when you withdraw funds from your RRSP or RRIF, as you rece

ived when you made the contribution.

Therefore someone with a high taxable income should definitely contribute to their RRSP if at all possible.  The challenge is that they often have more money that they would like to shelter but the RRSP contribution limit doesn’t allow for it.

In order for this person to improve their retirement planning, they have several options:

1)   Maximize TFSA contributions.  For a couple, you can add $11,000 to your TFSAs this year.  In my estate planning work, especially when looking out 30+ years, we try and structure things so that TFSAs are the last pool of assets that are left in an estate – as they face no taxes (other than probate).  TFSAs will become almost as important as RRSPs for retirement planning.

2)   Make a portion of your taxable (non-registered) investments growth oriented, low income investments.  These funds will create low taxes along the way, but should grow nicely over a long period of time, and can fund retirement without having to worry about being taxed on withdrawals.  Examples of high growth, no dividend income companies might include: Adobe Systems, Priceline, Google, Constellation Software.

3)   Use insurance as a tax sheltered alternative.  If this person wanted to put $40,000 a year into their RRSP but is limited to under $24,000, one alternative option would be to put the other $16,000 into a life insurance policy on a parent or in-law. The ideal age for this type of insurance is 65 to 75. Assuming a parent is 30 years older than you, and passes away at age 90, then you will receive a non-taxable payment at age 60, just in time for your retirement. In many cases, the rate of return on this investment will be very good – 7%+ after tax equivalent – and the investment will help diversify your returns as the insurance is not correlated or tied to stock markets, real estate or bond markets . While some people feel that this is an inappropriate ‘investment,’ we have found that many parents are happy to help their children and ultimately their grandchildren in a way that costs them nothing other than a short health checkup.

4) Tax strategies such as flow through shares – which can come in two forms. Flow through shares are aimed at helping to lower the tax bill for those who have incomes in a top tax bracket. The first form is better known.  In this case you invest say $50,000 into a flow through, you can get significant tax savings through a variety of investment credits. The risk is that you must invest these funds in highly volatile companies that are usually doing mining exploration. The second form is less well known, and is more conservative. It essentially takes away the investment risk, leaves you with a tax savings that is potentially smaller, but is guaranteed from Day 1.

5)   Other strategies for high income business owners, incorporated professionals, and occasionally for key executives of a corporation, would include strategies called Individual Pension Plans (IPP) and/or Retirement Compensation Arrangements (RCA).  These strategies are too complicated to address in detail here, but serve as tools to provide additional pension income to those who are restricted by the RSP contribution limits currently in place.

While RRSP contribution limits do impose some retirement planning challenges for those with a high income, a variety of good tax planning exists to provide some alternatives that might be even better than simply having more money going into your RRSP.