As we headed into 2022, I shared 22 financial thoughts for 2022. As it turned out, they were largely accurate, with one meaningful exception. I predicted an increase in interest rates and inflation, but, like many others, the hikes exceeded my more modest view. Looking towards 2023, interest rates and inflation will once again be key to our financial future, so let’s start there. 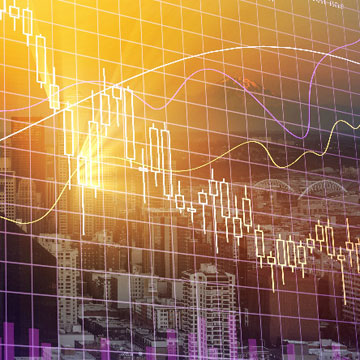 Inflation will slowly and fairly steadily decline in 2023: We will likely get back to the range of three to four per cent by the end of the year in Canada. The declines may not be as fast as we hope, but the reduction in inflation will be welcomed on many fronts and will certainly relieve some of the pressure on interest rates.

Expect to see the first interest rate declines late in 2023: Interest rates have almost peaked from a central bank perspective, and while they may not go down for a while, I expect to see the first declines late in 2023. This is a little earlier than the Bank of Canada is currently indicating. Unfortunately, it will not give any immediate relief to those with variable-rate mortgages.

Five-year fixed mortgage rates will not decline; they may even rise: From a bond-market perspective, the five-year rate is unreasonably low given the rest of the market. While my earlier thought relates to the Bank of Canada rate, we believe there needs to be an upward adjustment in five-year bond yields to normalize the yield curve from the inverse yield curve we have today. We expect this will happen in the first half of 2023.

Residential real estate will go down, then up: Economic fears do not make major financial decisions such as buying a house easy. Between higher mortgage rates than many have seen in their lifetimes, some fears around employment and those who might need to sell because of lost jobs, I see a weaker market in early 2023. That said, immigration targets of 465,000 people will be very supportive of the overall market, and I expect a small housing recovery later in the year.

Rents will go up, then maybe down: Greater demand from larger immigration combined with those who can’t afford to buy anything will continue to push rents higher in the early part of 2023. But we expect this to lose steam somewhat as the real estate market comes down and the overall economy is weaker. The practical implications are that some people will adapt to this, leading to more people per residence, either because children are living at home longer or people add roommates to be able to afford rent.

Recession? Yes, but manageable: It seems fairly clear that central bankers’ efforts to slow inflation down will slow growth down. The technical definition of a recession — two or more consecutive quarters of negative growth — will likely take place. Nevertheless, high immigration numbers and the potential support of lower interest rates should keep us out of a major recession.

Unemployment will rise: Recessions lead to lower earnings and higher unemployment. Along with a greater number of people looking for work due to immigration, we would expect to see unemployment rates rise to more than six per cent by year-end from 5.1 per cent currently.

Working from home will be reduced: The work-from-home trend isn’t going away, but there is nothing like a recession and higher unemployment to motivate employees to do what their companies ask. If cutbacks are looming and you are asked to work from the office four days a week, you don’t want to be the one that says no.

Retirements will be delayed: Many people approaching retirement age are looking to continue working, because rising inflation is creating some justified concerns. The greater ability to work from home has also made the decision to extend work a little easier for many. Considering some of the low employment rates we have seen, many employers are more than happy to accommodate extra years of work from older employees.

Government pension payouts will be meaningfully higher: This isn’t so much a prediction as a fact that hasn’t received a lot of attention. Inflation has some benefits for retirees as government pension payouts will grow 6.3 per cent in 2023. Canada Pension Plan (CPP) payments as well as Old Age Security (OAS) are tied to inflation, so if you can maximize those benefits, you could receive as much as $24,000 combined in 2023. And OAS benefits are a little higher still for those 75 and older.

Inflation means higher tax thresholds and OAS clawback limits: The OAS clawback will kick in once personal income is $86,912 in 2023 as opposed to $81,761 in 2022. This may allow increased planning opportunities to capture more OAS. In addition, the top federal tax bracket will move up to $235,676 from $221,709, along with smaller increases at all tax bracket levels. There may be some additional planning in 2023 to help take advantage of these changes.

Energy costs will be increasingly dependent on China: I believe that the prices of oil and natural gas will not meaningfully decline in 2023, but the emergence of China from COVID-19 restrictions could support strong energy demand. China is always difficult to predict, but it seems likely that China will follow the rest of the world in meaningfully easing COVID-19 restrictions over time. This will be the biggest driver of prices in 2023. Of course, an ongoing conflict in Ukraine and Russia could also provide some price support.

Metals and materials will recover in 2023: After a big drop off in the last eight months of 2022, China will be supportive of growth in metals and materials prices. This will be key as a global economic slowdown will move prices the other way. Overall, we think the recovery of China demand will carry the day.

The loonie will stay in the low end of its seven-year range: The Canadian dollar has since 2015 spent most of its time trading within a few cents of 76 cents U.S. Today it is around 74, and we expect it to mostly be in the 72-to-74 range. One of the big reasons will be the United States ending up with a higher interest rate than Canada.

Ukraine and Russia will continue to raise risks: We would obviously like to see a resolution of the conflict, but there doesn’t seem to be a clear route at this point. This leaves challenges for many markets such as energy, wheat and uranium. Unfortunately, the ongoing conflict will likely lead to continued supply challenges in these markets and result in higher-than-normal prices.

Bitcoin will survive but likely won’t see a meaningful recovery: Last year, I didn’t even want to comment on bitcoin. With the current FTX debacle, government regulation will become much tighter. Smaller cryptocurrencies may not survive, and the largest names will have to survive under much tighter scrutiny, which goes against the prevailing culture of independence. I think that is called growing up.

Cannabis stocks need U.S. legalization and that isn’t likely to happen: The window might have been open for the legalization of cannabis in the U.S. for the past couple of years, but it clearly wasn’t one of President Joe Biden’s priorities. That doesn’t seem to have changed. As a result, it will be tough to see real gains in this space.

There will be an increased demand for financial and estate planning: As uncertainty grows about the economy and inflation, there is more concern about our own financial futures as well as those of our children and grandchildren. We saw this in 2009, and many Canadians in 2023 will be searching for those who can provide greater guidance, financial peace of mind and tax-minimization strategies.

Canada will outperform U.S. markets again: U.S. markets had until 2022 largely outperformed Canada for a decade. From 1999 to 2010, though, Canada had largely outperformed the U.S., which suggests there are longer-term trends at play here. With the bloom off the rose of high-growth tech stocks, a return to better value and a resource recovery, the advantage for Canada looks to continue. We also expect Europe to do better because the current overall view is too negative today.

Larger-cap, profitable and good-cash-flow stocks will be the place to invest: They will benefit from a desire for stability from investors as well as the ability to use their capital to target those that need to raise money (see Royal Bank of Canada’s purchase of HSBC Holdings PLC’s Canadian business.)

Bonds will perform much better: Bonds had a historically bad year in 2022. But the fundamentals are different today. It is possible to find yields to maturity of five to seven per cent. We don’t expect much help for bonds in 2023 from rate declines (probably more help in 2024), but the much higher starting yields will help overall returns.

The health-care crisis will lead to greater spending on the sector: I don’t pretend to know the correct medicine for a Canadian health-care sector that seems to be breaking at the seams. But I believe governments will face great political pressure to invest more in a variety of resources to support the industry. Also, expect Canada to keep things relatively easy to get approved for medical assistance in dying (MAID).

2023 will see better overall returns: It may be a bumpy ride and a low hurdle, but higher income yields will be supportive of balanced portfolios in a way that we didn’t see in 2022. In addition, the flattening interest rate environment will help. A recession will hurt earnings, but we expect meaningful return improvements overall.