/ Budgeting / FINANCIAL FACELIFT: Bob, 62, was laid off last year. Can he and Roberta afford to retire with the income they want?

FINANCIAL FACELIFT: Bob, 62, was laid off last year. Can he and Roberta afford to retire with the income they want?

Written by: Dianne Maley
Special to The Globe and Mail
Published August 19, 2022 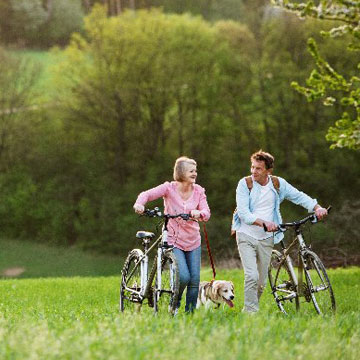 Bob had been planning to retire from his sales job this spring, but he was “packaged” – laid off with a severance package – early last year. His wife, Roberta, is planning to work until February, 2023. Bob is age 62, Roberta 59.

“With this unexpected transition, and change in income, we thought it was time for a financial checkup as we begin the next chapter of our lives,” Bob writes in an e-mail. Since he was laid off, Bob has been working part-time, which he enjoys.

Because the couple married late in life, they have had a number of major expenses over the past few years – buying their Alberta house for cash and spending a substantial sum renovating it, joining a country club and buying new vehicles. To pay for it all, they both made large withdrawals from their investment portfolios and “cleaned out” their tax-free savings accounts.

“Can we retire as planned with our income target and not have any financial concerns?” Bob asks. How can they keep income taxes to a minimum?

“Looking at their situation, the first thing that jumps out is the significant amount of company stock Roberta owns,” the planner says. The shares in Roberta’s employer represents about 34 per cent of their total investable assets.

“Though the stock has been quite profitable for them, it represents a significant concentration risk in their investment portfolio,” the planner says. If something happened to Roberta’s company, it would have “major ramifications” on their ability to retire.

Including Roberta’s company shares in their investment asset mix, Roberta and Bob have about 79 per cent of their portfolio in stocks, 9 per cent in bonds, 8 per cent in equity alternative investments and 4 per cent in cash. “As they move into retirement, they will need to reduce their volatility risk and increase their focus on income,” the planner says.

Roberta is contributing the maximum to her RRSP and TSFA, which she has built up again. She is making no other savings. Bob is collecting his pension and has just started his CPP benefits.

To rebuild Bob’s TFSA, they asked whether a spousal loan from Roberta might make sense. Instead, the planner recommends an RRSP meltdown strategy in which Bob takes $20,000 a year from his RRSP from now to age 69. That would put him just over the lowest Alberta income tax bracket, which changes from 25 per cent to 30.5 per cent at $50,197 a year of income.

If Bob wanted to withdraw even more, he could do so at 30.5 per cent up to a limit of $100,392, at which point the tax rate would increase to 36 per cent. The planner’s forecast assumes Bob withdraws $20,000 a year and deposits it in his TFSA. Doing this for the next five years would enable him to catch up on his TFSA room, the planner says. Once he had contributed as much as possible, Bob could continue to contribute the annual maximum thereafter.

In 2023, when Roberta retires, she will have an additional $65,000 of income from her stock options and employee stock plan (based on the current stock price). “Thus, she would not start her RRSP meltdown until 2024,” the planner says.

“In 2024, I assume a $25,000 RRSP withdrawal for Roberta and a redemption of company shares of $50,000,” the planner says. Roberta will sell the company stock over 10 years to mitigate capital gains taxes and diversify the portfolio, he says.

Bob and Roberta assume they will live to age 95. Because of that and the meltdown strategies, the planner recommends Roberta wait until age 70 to take her CPP. This will increase Roberta’s CPP benefit by 42 per cent from age 65 and Old Age Security benefits for both of them by 36 per cent.

“This is an important consideration given their expected longevity and inflation,” which the planner estimates will average 3 per cent a year. The forecast rate of return on a balanced portfolio is 5.25 per cent before retirement, and 4.5 per cent after.

“I would suggest Bob and Roberta request that the fees on the Roberta’s company stock be waived,” the planner says. “I have clients in similar situations and do not charge for holding their company shares. It is a material expense – about $8,000 per year.”

Based on the above assumptions, Bob and Roberta likely can meet their retirement goal of spending $120,000 per year, the planner says. To be sure, he stress tests the projection using a Monte Carlo simulation, which introduces randomness to a number of factors, including returns.

For a plan to be considered likely to succeed, it must have at least a 90-per-cent success rate. If the rate is below 70 per cent, success is considered unlikely. Bob and Roberta’s simulation indicates a probability of success of 76 per cent.

They could benefit by further diversifying their portfolio, and potentially increasing their returns, by adding exposure to non-traditional asset classes such as income-producing, privately owned real estate funds, the planner says. These investments tend not to move up and down with the stock market. As well, they can be expected to offer higher returns than fixed-income securities such as bonds.

“Real estate investment trusts that invest in a large, diversified residential portfolio, or perhaps in specific areas like wireless network infrastructure, are preferable to REITs that have a large exposure to retail,” the planner says.

“By diversifying their portfolio, we estimate could achieve at least 5 per cent return net of fees (post-retirement) and significantly reduce the volatility risk of the portfolio.”

Many private real estate investments are tax efficient because their distributions are part or all return of capital, the planner says. “With this adjustment, the change in the Monte Carlo simulation would be material, moving up to a 97 per cent probability of success.”

The problem: Can they still achieve their retirement goals even though Bob was laid off?

The plan: Bob begins to melt down his RRSP now. When Roberta retires, she does the same. She also begins to sell off her company stock. They take steps to improve their rate of return.

The payoff: All their goals achieved.