/ Inflation / Financial Post / Rechtshaffen: Hang on a minute: Inflation is actually good for some people

Financial Post / Rechtshaffen: Hang on a minute: Inflation is actually good for some people 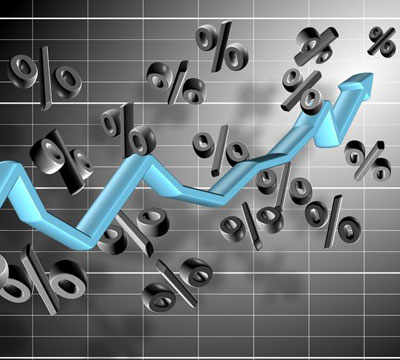 Don’t fear inflation if you have low or no debt, higher assets and are receiving some form of indexed income

There are few words in the financial world scarier than inflation.

Many remember the early 1980s and mortgages of 20-plus per cent, but if you are a student of history, or even lived in certain countries during periods of hyperinflation, you might recall these unbelievable cases: in Venezuela, consumer prices grew at 65,000 per cent from 2017 to 2018; in Zimbabwe, the daily inflation rate was 98 per cent from March 2007 to mid-November 2008; in Hungary, the daily inflation rate was 207 per cent between August 1945 and July 1946. Now that is an inflation problem.

In North America, our inflation rates have never really topped 20 per cent annually. I am not suggesting 20 per cent is nothing to be afraid of, but for many of you, inflation may actually be your friend.

One of the fundamental components when we do a financial plan for clients is a fair estimate of annual spending. If the client doesn’t have any debt, then this annual spending number is the only part of the plan that is negatively affected by higher inflation. For example, if someone spends $100,000 a year and inflation is 10 per cent, then the same level of spending would be $110,000. They now have an extra $10,000 of costs to worry about.

Now let’s look at parts of the plan that will be helped by higher inflation.

Let’s say this same client, a couple both aged 70, does not have a defined-benefit pension to fall back on, but they receive full Canada Pension Plan (CPP) and partial Old Age Security (OAS) benefits that total $50,000 a year. This income is fully indexed to inflation and, based on the 10-per-cent inflation rate, it will now go up to $55,000 a year. This couple would have $5,000 of that extra $10,000 covered by index increases in their government pensions.

Next, the couple has $2 million in investment assets and likes to keep $150,000 in high-interest savings accounts and money market funds. These were earning one per cent in a low inflation environment, but in a 10-per-cent inflation world, they are now perhaps paying six per cent. The extra five percentage points on $150,000 is $7,500, which puts them in a positive cash flow position.

Next, they have another $1.85 million of investments. In a high inflationary world, you want to invest differently than in a low inflationary one. It isn’t as easy to mathematically show a net benefit or negative in this part of the portfolio, but there are some ways that we would manage investments differently (we are doing so to some extent now) that can add net dollars.

Let’s start with bonds. For most clients, we have already been holding significantly lower weights in bonds than usual. The reason was that yields on bonds were so low, and there was a heightened risk that rising interest rates would hurt bond returns. This has been the case.

However, there will be a time when holding bonds goes back to traditional weights or even higher. If inflation is 10 per cent, yields on bonds will be much closer to 10 per cent than they are today. Simply owning bonds and collecting the coupon payments will generate much higher income. In addition, at 10-per-cent inflation, the odds of interest rates going back down to more normal levels from there would be much greater, and this would also add to bond returns.

We aren’t there yet, and may not get there, but the point is that when inflation and interest rates reach a high enough level, bonds once again become a good investment option for almost all clients and that hasn’t been the case for a few years.

As a quick example, the Fidelity Canadian Bond Fund in its first five years from 1988 to 1993 returned an annualized 8.7 per cent. The same fund is negative over the past five years, with a five-year annualized return of -0.31 per cent. If $200,000 was invested in this fund during higher inflationary times than we’ve had during the past five years, the difference at the end of five years is more than $106,000, or over $21,000 on an annual basis. That would certainly have a big impact on the extra $10,000 in costs that high inflation brought to bear.

In terms of other investments, you traditionally want to be more in value than growth stocks during high inflation periods. The main reason is that growth investments rely on a high value of their future potential. If interest rates are high, a dollar in five years will be worth much less than if interest rates were low. As a result, many growth stocks (good and bad ones) are getting hit hard this year.

Value stocks generally include sectors such as utilities, consumer staples, some real estate and commodities. These hard assets have traditionally been less reliant on high future growth, and more reliant on quarter-to-quarter profits and stable-to-growing dividend payments. As a firm that leans towards value investing, we certainly don’t mind a little inflation.As a quick aside on value vs. growth, a 2016 study by BofA Securities Inc. found that the average annual price return of value stocks since 1926 was 17 per cent versus 12.8 per cent for growth stocks. It found that value outperformed growth in roughly three out of every five years during this period. Since 2016, there is no question that growth has meaningfully outperformed value, but that has turned in the past year. We believe, based on this history, there might be a long period of value outperformance ahead.Getting back to real estate, this is one hard asset that people sometimes say will benefit from inflation, while others say it will decline due to higher interest rates. Both are right, which means you need to be careful in terms of how you invest. For example, a real estate investment trust with a larger ratio of debt would be in for a rougher ride than one with lower debt.

One private REIT we currently invest in is Rise Properties Trust, which is focused on residential rental properties in suburban Seattle and Portland. Its rental income is tied much more to inflation than Canadian residential properties, because of the relative lack of rent control in those markets and a culture that moves more frequently, thereby allowing average rental income to be more closely tied to current (inflationary) rates.

Of course, many people do suffer from rising inflation. If you have high debt and low assets, as many younger people do, rising inflation is a real risk and concern. However, don’t fear inflation if you have low or no debt, higher assets and are receiving some form of indexed income (including CPP and OAS). It is actually your friend.