Lorne Zeiler, Portfolio Manager and Wealth Advisor, was one of the experts interviewed on current strategies that can be used by investors to reduce overall taxes paid in retirement and to the estate. Lorne Zeiler focused on the benefits of gifting.

Written by: Terry Cain
Special to The Globe and Mail
Published November 11, 2020 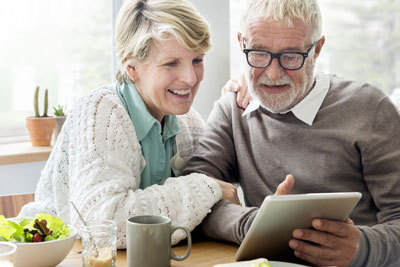 Most people spend decades saving and investing for retirement. Once they get there, the focus shifts to spending their hard-earned money – and maybe leaving something behind for family or charities.

The key is having enough money to live comfortably in retirement, while also continuing to generate investment income and reducing taxes, where possible. It helps to have a financial strategy, including which accounts to draw from and when, to help meet your retirement needs and goals.

Below are some tips for managing money in retirement, to make your assets last longer.

Most Canadians contribute to the Canada Pension Plan (CPP) or the Quebec Pension Plan (QPP) during their working years, benefits that are paid out in their retirement years. Many Canadians also qualify for other government benefits such as Old Age Security (OAS) and the Guaranteed Income Supplement (GIS).

These benefits together can provide a total of about $25,000 in retirement income for the average Canadian, says Carol Bezaire, senior vice-president of tax, estate and strategic philanthropy at Mackenzie Investments.

The OAS and GIS government benefit programs aren’t based on the amount contributed over a person’s working life, but are instead dependent on marital status and income. It’s why Ms. Bezaire says it’s important to maximize any available tax credits that can affect your income level, such as the federal age amount non-refundable tax credit, which is available to individuals who are 65 or older and can be claimed on your personal income tax return.

“If you plan your other retirement income wisely, you can create a cash flow that allows you to access as much in government benefits as possible,” Ms. Bezaire says.

Kathryn Del Greco, vice-president and investment adviser with Del Greco Wealth Management at TD Wealth Private Investment Advice in Toronto, says most of her clients use their non-registered savings and investment accounts as their first source of cash flow in retirement, letting the more tax-efficient accounts such as the registered retirement savings plan (RRSP), registered retirement income fund (RRIF) or tax-free savings account (TFSA) continue to benefit from tax deferral or avoidance, in the case of the TFSA, for as long as possible. The plan will, of course, vary depending on the client’s age and other factors, such as the start of a company or government pension payout.

Ms. Bezaire recommends investors review their non-registered investment mix to favour investments that generate capital gains, which are currently the most tax-efficient form of income. She also suggests minimizing investments that generate interest and foreign dividends, while favouring Canadian dividends and corporate class mutual funds. Interest income is 100-per-cent taxable, and dividends from foreign investment are not eligible for tax credits, unlike Canadian investments. “Be careful with dividend income,” she says. “It is also used in calculating the OAS and GIS clawbacks.”

For most registered plans, such as RRSPs and RRIFs, tax will have to be paid on the amount of any withdrawals as income. To get cash flow from these deferred capital gains, Ms. Bezaire recommends selling some investments each month to get the cash flow you need by using a method called a systematic withdrawal plan (SWP). These types of withdrawals can be set up monthly, quarterly or annually. With a SWP, investors are taxed on the capital gain or loss triggered from the withdrawal, which has preferential tax treatment, while the balance is a return of your original investment, which is not taxable.

For couples in which one partner has significantly greater pension income than the other, pension-splitting can be an effective way to reduce taxes in retirement, says Jamie Golombek, managing director of tax and estate planning at Canadian Imperial Bank of Commerce.

The government allows Canadians to split up to 50 per cent of most pension income with their spouse.

Mr. Golombek says that, for each $10,000 of pension income allocated to a spouse, the tax savings could be up to $3,000 annually, depending on which province you live in and the difference in tax rates between spouses. He notes the income reduction can also help preserve some income-dependent benefits from government programs such as OAS.

Go ahead and gift

Gifting assets isn’t just a kind thing to do, but can help reduce taxes in an estate, says Lorne Zeiler, vice-president, portfolio manager and wealth advisor at TriDelta Financial in Toronto. In Canada, there are no taxes on gifting assets, for either the giver or receiver, unless an asset is sold before the gift is made.

One strategy Mr. Zeiler favours is opening TFSA accounts for kids that can be funded annually. “They are likely in their prime spending years,” he says. “so saving may be difficult and by opening TFSAs, this allows the gifted assets to grow tax-free.”

Also, gifting money to children or a charity can provide support when they need it most.

Retirees shouldn’t overlook their homes as a potential part of their retirement plan. “A home is often the most valuable asset people will own in their lifetime, which means they may want or need to use it to help fund their retirement,” Mr. Golombek says.

One option is to rent your home, or part of it. You will be taxed on rental income, after deducting related costs, which may include expenses such as utilities and maintenance. Another option is downsizing to a smaller home with fewer expenses, particularly if the upkeep of a larger home becomes too onerous.

If you can sell your current home and can get more money after tax than it would cost to buy or rent a new home, you may be able to put the difference toward retirement savings, he says.

We make career plans, vacation plans, even dinner plans, but too often people don’t make a plan for what can be their most important stage in life: retirement. And while having a plan sooner, rather than later, is always recommended, it’s never too late to seek the help of an adviser to figure out how to make your assets last in retirement.

“If you haven’t done a financial plan yet, now is the time to do so,” says Ms. Del Greco.

It’s crucial for retirees to have a clear understanding of their expenses, cash-flow needs, sources of income and taxes, Ms. Del Greco says.

Working with an adviser can help investors assess their current financial situation and identify objectives to help them maintain the quality of life they’re seeking in retirement.

“Because your time horizon is not as long as it once was when you were younger, decisions you make today will have a significant impact on your ability to enjoy your retirement years stress-free,” Ms. Del Greco says.

Advisers can also help investors assess their risk tolerance, which may be less in retirement with the focus on preserving wealth.

Ms. Del Greco recommends retirees maintain one or two years of their income needs in safe, liquid, low-risk investments, which gives them the flexibility not to have to sell equity positions at a loss during a period of volatility.