/ Quarterly report / TriDelta Q3 Report – Are the markets in better shape than you thought?

TriDelta Q3 Report – Are the markets in better shape than you thought? 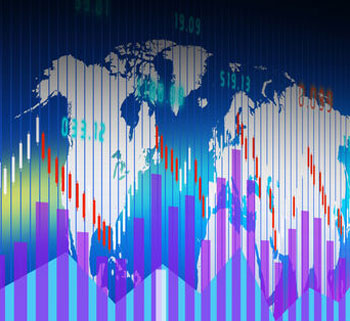 It is amazing how the day to day can seem very volatile, but when you step back far enough, returns have been fairly steady.  Q3 was one of those quarters.  July was good, August was bad, and September was good.  When you add it all up, the quarter was not great, but decent.

The TSX was up 2.5%, the S&P500 in Canadian dollars was up 1.5% and the MSCI world index was up 2.1%.  This was a rare quarter where Canada outperformed on the strength of Utilities, Consumer Staples and Financials.

The TriDelta Pension fund had a strong quarter, up 4.5%, while the Growth fund was still solid with a 2.3% gain.

The Canadian Bond Index was up 1.2% while preferred shares were up 0.5% on the strength of a rebound in September (after more weakness in July and August).

Despite these numbers, the recession chatter is as strong as ever.

Should we be worried?

How is TriDelta responding?

Where do we see things today and what are we doing about it?

We do not believe that a bear market is imminent.

Historically, bear markets occur when at least two of the following four circumstances are found:

Today, we see none of the four circumstances in place.

Current growth rates in the U.S. are 2.0%, while Canada is at 1.6%.  These are not booming growth rates, but solidly better than a recession.

Oil prices did see a big drop from October 2018 to December 2018 and rebound, but it was well under 100%.  2019 has actually had more stable oil prices than we have seen in general.  As you can see below, there has been small positive trend for the past 3.5 years.

We are actually seeing Fed loosening of policy as the Fed Funds rate has been lowered twice this year.  As per the chart below, after four years of slowly raising rates, the tide has turned the other direction in 2019.

Valuations on the S&P500 are currently just slightly above their average based on a forward price/earnings basis, and in a reasonable space on a trailing basis.

When we take these factors along with our belief that Donald Trump will ease up on China trade demands and tariffs if stock markets are falling, we do not believe in an imminent bear market.

Despite this relative optimism, we do recognize some real risks that include:

When we net things out our view slightly positive.  We did have a fairly defensive stance in the third quarter with both higher cash (10%) and a market hedge position in our funds (4%).  We are now slowly lowering our cash weighting, but will likely keep the small hedge in place for now.

We are also moving a little more towards Financials and Consumer Staples and a little away from Consumer Discretionary.

U.S. – The Federal Reserve looks likely to lower rates another quarter percent in late October.  There may be a tougher case to be made for another cut in December as there are currently some Fed Governors clearly against further cuts.  Having said that, the market is still expecting further cuts after October.

Canada – The Bank of Canada is really standing alone as the only major economy that is not planning to lower interest rates any time soon.  Their view is that growth is reasonable and employment is strong while their biggest concern is consumer indebtedness.

We see more value in Preferred Shares than many Bonds at this point, in particular perpetual or straight preferred shares that have dividend yields in the 5% to 5.5% range.  While rate reset Preferred Shares provide the most value, and did see a big improvement in September, we still see more volatility on this side of the market.

We will soon be sharing information on a new offering from TriDelta that will represent some of our best thinking on the income focused Alternative Investment space along with better liquidity, better pricing, and full flexibility to be held in registered and non-registered accounts.  Stay tuned.

Here is what California-based Advisory HQ had to say about our firm:

With a deep bench of professionals, a wealth of financial education resources, and a talented team, TriDelta Financial earns 5-stars as one of the best financial advisors in Toronto….”

As we head into the final quarter of the year, 2019 continues to feel like a recovery year from the weaknesses of the second half of 2018.  Despite the fear that seems ever present, we do not see a particularly weak investing environment.  In the short term, anything can happen, but our slightly cautious approach should weather such storms and allow us to take advantage of opportunities.

At TriDelta we will continue to focus on being nimble in the short term, being a leader in the Alternative Income space, and helping clients plan for the long term.

Here is to a beautiful fall for everyone.

VP and Head of Fixed Income

« FINANCIAL FACELIFT: Can Chelsea and Chad ‘make it all work’ with a second baby on the way and a possible career change? Ted Rechtshaffen: Why I made my daughter pay for her first year of university »
© 2021 TriDelta Financial Privacy Policy