“Borrowing to invest” can be a scary phrase. There have been many inappropriate cases where it doesn’t end well.

Yet for all of the naysayers, I am pretty sure that you are currently doing it or have done it before.

If you have ever had a mortgage or debt on a home equity line of credit, you have borrowed to invest — you were taking on extra debt to invest in a house. Houses can go up or down in value, yet you probably didn’t consider this to be similar in risk to “borrowing to invest.”

If you contribute to or receive Canada Pension Plan (CPP), then you are also, in a way, borrowing to invest. The CPP, like most large Canadian pension plans, now uses some form of leverage or borrowing to try to outperform their benchmarks.

To start off, it is important to remember that borrowing to invest adds risk. There is no getting around that. Having said that, investing in anything other than cash adds risk. Some would say that even holding cash has risk from an inflation and currency perspective.

My view on leveraged investing is that if you are going to consider it, you want to do your best to minimize the risks and try to lock in, as best as possible, a spread between your borrowing costs and your investment return. You also need to factor taxes and deductibility into the strategy. 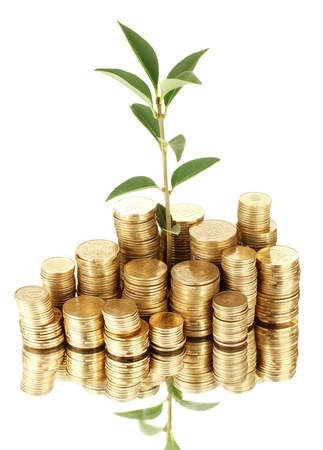 There is an opportunity today for certain people to profit from the gap between the lower borrowing costs for those with a home and great credit and the higher borrowing costs that others might be paying even when their loans are fairly well secured. Essentially you would be profiting from the gap between your good credit and someone else’s weaker credit.

Here is a current approach that I would support for the right individual.

Today that would mean borrowing through a mortgage. You can lock in a five-year mortgage at a rate between 2.50 per cent and 3.00 per cent if you have good credit. These figures are approaching historical lows for fixed five-year rates. At such a low rate, you are meaningfully increasing the likelihood that a borrowing to invest strategy will be profitable for you.

Today, most of the investments that we find that meet these criteria would be in the private debt space. Whether it is in mortgages, business lending, factoring or other specialized debt, we have found many investments that have been paying out steady returns in the seven per cent to 10 per cent range. It doesn’t mean that there is no risk here. There are risks in all of these investments, but we believe that under most scenarios that these returns should stay stable. If someone wanted more investment diversification, other investments that we would consider might include some REITs, utilities and perpetual preferred shares that would have yields in the four per cent to 6.5 per cent range that would minimize some of the underlying volatility.

Let’s now look at the math if someone borrows $100,000 to invest for five years.

On a 2.75 per cent mortgage with a five-year fixed rate, each month’s payment would be $461.31. Over five years, $14,913.40 in principal and $12,765.25 in interest would have been paid, for a total of $27,678.65. At the end of 5 years, the remaining debt owing will be $85,086.60. For the purposes of this analysis, we will assume that the monthly mortgage payment will be drawn out of the investment pool, but while this is a slight drag on performance, to keep the complexity down we will assume that this draw doesn’t impact total return.

On the investment front, there isn’t the same certainty as the lending side. An example in the private debt space that we use would be the Trez Capital Yield Trust, which invests in U.S. mortgages (as they have a low correlation with Canadian Real Estate). The Canadian dollar hedged version did 9.9 per cent annually over the past five years, although we wouldn’t expect returns that high over the next five years. Outside of private debt, the TSX Capped Utilities index had a five-year annualized return of 7.79 per cent to June 30, 2019. The TSX Capped REIT index did 7.80 per cent. TSX Canadian Financial Monthly Income did 5.64 per cent. All three of these had higher returns in the prior five years from 2009 to 2014. While there are no guarantees, let’s say we had a 7.5 per cent return on these investments.

Let’s assume this individual has $100,000 of income, lives in Ontario and in one version pays 1.5 per cent in investment fees to an investment counsellor, and in another does it themselves.

On the surface, someone is earning 7.5 per cent and is paying interest of 2.75 per cent, which leaves a spread of 4.75 per cent per year for five years. Of course, it isn’t that simple.

We need to factor in taxes and fees. I will keep it simple but want to highlight a few important points.

First, interest on the mortgage is fully tax deductible because you are borrowing funds to invest in a taxable account.

Second, investment counselling fees would be fully tax deductible if the investments are being done in a taxable account.

Given the individual’s income, their marginal tax rate is 43.41 per cent.

Based on my calculations, if the investment returns were all treated as income (this is the worst-case scenario) they would earn 7.5 per cent and then be able to deduct the 2.75 per cent of interest on the mortgage and then deduct the 1.5 per cent for investment counselling fees.

Those numbers may not seem huge, but they can add up quickly.

Managing the investments yourself, having returns that consist in part of capital gains or Canadian dividends instead of income, and reducing your borrowing costs below 2.75 per cent can all boost the returns you can earn from this strategy.

It is important to remember that none of the returns described here can be guaranteed.

There are some risks, but if they are kept low, this strategy has the potential to be a powerful method of adding wealth using someone else’s money.