The Spousal RRSP – Does it still have a place in Retirement Planning? 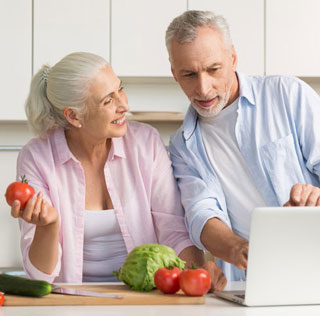 One of the more frequent questions I get from clients regarding their retirement planning is, with the pension income splitting legislation, are spousal RRSPs worthwhile anymore? The answer is yes, in several situations.

Before I outline the planning situations that are useful for spousal RRSPs, first a little primer on what they are and how pension income splitting changed the view of them.

A spousal RRSP is a RRSP account in which one spouse makes contributions based on his/her room to a RRSP in the other spouse’s name. This is a way to income split in retirement, as future withdrawals, subject to restrictions noted below, would be in the recipient spouse’s name and presumably in a lower tax bracket than the contributor spouse.

The restriction is on the withdrawal timing. If the recipient spouse withdraws any amount from the spousal RRSP in the year of a contribution or the two years following, the amount withdrawn attributes back to the contributing spouse. The only exception to that is a minimum RRIF payment.

In summary the contributing spouse receives the RRSP deduction at his/her current marginal tax rate and the future income is withdrawn at the recipient spouse’s lower tax rate in retirement, maximizing the RRSP tax deferral advantage.

The pension income splitting legislation introduced in 2007 allowed not only defined benefit pension income to be split between spouses, but also RRIF payments after the age of 65. No matter who owned the RRIF, both spouses could share equally in the income for tax purposes. As the RRIF payment could be divided 50/50 between spouses, the income splitting advantage of the spousal RRSP diminished.

The Case for the Spousal RRSP – Tax Efficient Decumulation

After years of saving, much of today’s tax planning is around decumulating assets. My clients not only want to drawdown their registered accounts but do so in the most tax efficient manner possible. For many, this opportunity often lies in time period between retirement and the receipt of CPP and OAS.

This is one of the most advantageous times to employ a RRSP meltdown strategy. With no further employment income, before receiving government pension income and with presumably little to no other income, RRSP withdrawals can be made with minimal tax consequences.

Take the example of an Ontario resident with no other income. If they withdrew $43,900 from their RRSP, they would only pay about $6,450 in taxes, or 14.7%. This is quite a minimal price to pay, especially if deductions for contributions were made at rates in the 40%-50% range. By adding in a spousal RRSP, for someone who would otherwise not have one, both spouses can make the same withdrawal, giving them almost $75,000 of after-tax dollars to live on.

To note, in order to maximize the advantage, the couple would need to plan the timing of the spousal RRSP contributions to avoid attributions on the withdrawals.

Even if the couple does not require this level of income, drawing it out at a lower tax bracket still makes sense. Subject to contribution limits, excess amounts can be saved into a TFSA, creating future tax-free withdrawal availability when incomes are higher due to government pensions.

Even after the age of 65, the spousal RRSP can work in situations where the contributing spouse has income not eligible to split (i.e. non-registered investment income, executive top-up pensions or corporate earnings/dividends). In this case, having the recipient spouse earn the RRIF income solely on their own, instead of splitting 50/50 would be advantageous for tax planning in retirement.

The Case for the Spousal RRSP – Other Situations

Finally, there are some situations in which spousal RRSPs can be beneficial beyond income splitting in retirement.

If only one spouse is employed or has RRSP assets, by creating a spousal RRSP they can double the amount they withdraw to purchase a home under the home buyer’s plan (HBP). Currently the HBP allows for $35,000, based on the 2019 federal budget, to be withdrawn per spouse for the purchase of a qualifying home. If there is only one RRSP, then this is limited to half of the available amount if both spouses had a RRSP, either spousal or personal.

The spousal RRSP also works well if the spouses have a gap in their ages and the contributing spouse continues to work after the age of 71. After 71, they would be forced to convert their RRSP to a RRIF and could no longer contribute to a personal RRSP; however, if they have a spouse younger than age 71, they could continue to contribute to a spousal RRSP.

Though the spousal RRSP lost some of its luster when pension income splitting was introduced, there are still many situations where it is still applicable. Using this as part of your tax planning in both your accumulation and decumulation of your registered assets can save you thousands of dollars in taxes.