Q1 TriDelta Investment Review – Everything is good again….isn’t it? 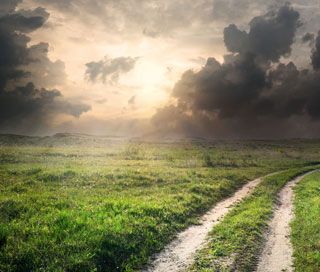 Leading the way in gains in Canada was the ‘Health’ sector which is primarily Cannabis names, which were up 45.9%!! I.T. was up 27.3% in Canada and 20.5% in the broad U.S. market. While the gains were fairly broad, not surprisingly, many of the biggest gains came from more volatile sectors that saw the biggest declines in the fourth quarter of 2018.

The key question is where does this leave us?

Can we relax and look for another 5% to 10% gain in stocks through the rest of the year?

Are we headed for a third straight quarter of extreme volatility?

Where do we see things today and what are we doing about it?

The last couple of quarters, we have focused on 5 factors moving markets. If we review them as of April 2019, they are now telling us the following:

So if we look at this little scorecard, three of the five are pointing more positively for stock market returns, and the last two are more negative.

Where that leaves TriDelta after the very good returns in the first quarter, is that we have become a little more cautious. In early January, we went from higher cash levels in our funds to being fully invested in stocks. Today we are holding some cash taking a small amount off the table from Canadian and global stocks. We are not overly negative; just a little more cautious than early in the year. We are also monitoring technical indicators to see if further defensive measures should be taken.

We are also lowering our small exposure to energy after a strong increase in oil prices this quarter.

U.S. – The Federal Reserve is not likely to lower rates unless we see a significant slowdown in growth. This is in part because they don’t see a strong case for lowering rates at this point, and they don’t want to send a negative signal to the marketplace. Medium and long-term rates have already come down meaningfully. We see this likely coming to an end, although medium and longer-terms yields are not necessarily rising back up for the time being.

Canada – There is a little more concern about slowing growth in Canada and the need for the Bank of Canada or the government to provide some form of stimulus. We don’t see short term rates falling in the near term, but there could be a drop later in 2019. The mid and long-term rates have already fallen meaningfully and we don’t believe there is room for much more of a decline unless the economy slows down dramatically.

We are currently leaning a little more towards straight, fixed rate preferred shares, as they offer dividend yields of over 5%, should benefit from the lower long-term bond yields and are much less volatile. Rate reset preferred shares continue to be undervalued with yields often over 5.5%, but they have shown greater volatility for longer periods than would be expected, and this could continue.

As this sector grows, it becomes even more important to understand the managers and those that have a longer track record of success. At TriDelta, we are sticking pretty close to the few managers that have delivered very steady returns and who we believe will be best able to adjust to a low interest rate environment, while strategically adding additional managers that we think can enhance portfolio returns, add stability to a portfolio or reduce volatility.

An Inverted Yield Curve – what is it and should we fear it today?

There has been a lot of talk about inverted yield curves and that it is a precursor to a recession.

An Inverted Yield Curve is one where short term yields are higher than long term yields.

Traditionally if you put money into a 5 year government bond you would expect a higher return than in a 30 day T Bill. This is due to a couple of main reasons. The first is that you will not have use of your money for 5 years vs 30 days, so there is a premium paid for locking in your funds. The second is that there is a bit of an uncertainty premium. If you invest for 5 years and interest rates go up, you are missing out on participating in those higher potential yields.

In an inverted yield curve, you have a situation where you are getting paid more for a short term investment than a long term one. This is not that common, and it is often caused by concerns about future growth, disinflation and expectations of future interest rate declines.

What creates the situation is when the market believes that interest rates will be moving lower, i.e. an expectation of future interest rate cuts by the central bankers, and there is demand to lock in longer term rates at higher yields before they decline. As more long bonds are bought, it pushes the yield down and continues until the market decides that these lower yields are no longer appealing. The end result can be an inverted yield curve. One other action that creates an inverted yield curve is when the Federal Reserve raises short term rates at a fairly fast pace and longer term rates don’t keep up.

The chart below lists the last 9 Yield Inversions in the US and duration until the subsequent recession. The average time lapse before a recession starts is 14 months in the 7 cases where there was a recession following a yield curve inversion.

If we keep in mind that there will always be a recession at some point in the future, and that there was not a recession for at least a year in 7 of the past 9 instances of inverted yield curves, we do not believe a recession is imminent in the U.S. If the Federal Reserve or US government react to declining growth rates, the economy can continue to grow in 2020 as well. Economists forecast that the U.S. grew at about a 1.5% pace in the first quarter of 2019 but expect 2.4% for the full year.

In Canada the current growth forecast for 2019 is down to 1.5% and could see further downside if there are negative developments on trade, housing or the energy industry. We will continue to monitor the data, but continued growth, albeit at a slow rate is our current expectation.

Overall, an inverted yield curve does not meaningfully concern us for the rest of 2019.

How Did TriDelta do in Q1?

Overall, most clients had returns in the 4% to 7.5% range on the quarter depending on their individual asset mix.

Other news and items of interest:

This leaves us at the moment with lower interest rates, low unemployment, a little lower growth, continued trade issues and slightly elevated market valuations. Overall, that puts us in a ‘not too hot and not too cold’ place where we are fairly comfortable. We don’t believe that a U.S. recession will happen this year, and expect low to middle of the range stock market returns for the near future.

At TriDelta we will continue to be nimble while focused on the client’s long-term plans. Portfolios are designed to provide a diversified asset mix that is built appropriately for the goals of each client, with an eye on tax minimization.

Here is to a beautiful spring for everyone.