Below you will find a real life case study of a couple who are looking for financial advice on how best to arrange their financial affairs. Their names and details have been changed to protect their identities. The Globe and Mail often seeks the advice of our VP, Wealth Advisor, Matthew Ardrey, to review and analyze the situation and then provide his solutions to the participants.

Written by: CHRISTINNE MUSCHI
Special to The Globe and Mail
Published March 8, 2019 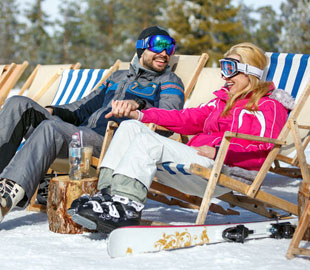 To buy or not to buy, that is the question for Ron and Rosemary, a couple living and renting in the Montreal area.

Ron is 43 and works as a project manager, Rosemary is 35 and works for a non-profit. Together they bring in about $190,000 a year. They’re considering a condo rather than a house because it would require less upkeep. They have no plans to have children.

Their question: Which is better, buying a condo in the $600,000 range “or continuing to rent throughout our lives?” Rosemary asks in an e-mail. “If we continue to rent, we would definitely be looking at renting a unit in a newer building with all of the amenities we want, possibly pushing the rental price per month to $2,500 or higher,” she adds.

Longer term, they are concerned about saving for retirement. Their postwork spending goal is $100,000 a year after tax, rising with inflation.

We asked Matthew Ardrey, a vice-president and financial planner at TriDelta Financial in Toronto, to look at Rosemary and Ron’s situation.

First, Mr. Ardrey looks at a scenario in which they continue to rent. They would move to a building with better amenities, increasing their rent by $500 a month to $2,500 a month, he notes. All other expenses would remain the same. The planner’s assumptions are based on a life expectancy of 90 for both.

Ron is contributing $645 or 8 per cent of his salary to a defined contribution pension plan with a 6-per-cent company match. Rosemary is contributing $475 a month to an RRSP with a $475-a-month match from her employer. They are stashing away another $1,000 a month in a bank account.

If they decide not to buy, the planner assumes they would transfer the $39,900 they have in their bank account to their tax-free savings accounts. Their budget allows for additional TFSA contributions of $500 a month each, money that is now going toward a down payment.

Ron plans to retire at 65 and Rosemary at 70. When they do, they will receive Canada Pension Plan and Old Age Security benefits. Because Ron is an immigrant to Canada, the plan assumes he will get 80 per cent of maximum CPP and OAS. Rosemary will receive 100 per cent. In addition, her monthly CPP benefit will be 42-per-cent higher than if she had started receiving it at 65.

In retirement, Rosemary and Ron want to spend $100,000 a year. “Based on the assumptions above, they fall slightly short of their goals, running out of funds near the end of Rosemary’s life,” Mr. Ardrey says. If they cut their spending a bit, they could reach their goal, but they would have “zero financial cushion.”

Offsetting the mortgage expense is the fact they would no longer be paying rent. Living expenses in retirement would be $76,000 a year after the mortgage is paid off, substantially less than if they were still paying rent. Any budget surplus is assumed to be saved to the TFSAs each year.

“Based on these assumptions, Rosemary and Ron can reach their retirement goal,” Mr. Ardrey says. Not having to pay rent when they retire “is a major factor,” he notes. This cost reduction more than offsets the reduction in savings.

If they decided to spend all of their investment assets, leaving only their real estate and personal effects, they could increase their spending by $1,000 a month, inflation adjusted, the planner says.

“So of the two scenarios, the decision to purchase the condo is the financially preferred one,” he concludes. “In addition to the cash flow numbers being stronger, Rosemary and Ron would also have a real estate asset that in an emergency they could borrow against or sell if need be.”

Finally, Ron and Rosemary should review their investment strategy to improve their investment returns and lower their costs, Mr. Ardrey says. Their current asset mix is about 90-per-cent stocks and stock funds, and 10-per-cent cash and fixed income.

Instead, he recommends 65 per cent stocks and stock funds, 25 per cent alternative income investments and 10 per cent fixed income. Alternative income funds – which can be bought through an investment counselling firm – include strategies such as private debt, global real estate and accounts receivable factoring. “This would broaden their diversification into an asset class that has historical returns of 7 to 9 per cent a year and little to no correlation to equity markets,” the planner says.

Making this change could increase their returns to 6.5 per cent and reduce investment costs to 1.5 per cent.

The difference would be material. “If they remain renters, then they go from falling just short to being able to increase their retirement spending by $18,000 per year,” the planner says. In the condo scenario, the potential for extra spending would be even greater.

The problem: Should they rent or buy?

The plan: Go ahead and buy the condo, but review investments to diversify their holdings, potentially improve returns and lower investment costs.

The payoff: Retirement goals met with a financial cushion besides.