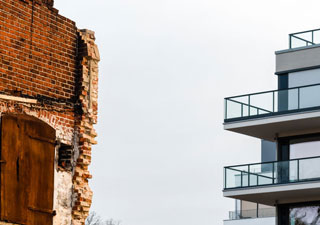 Q4 and in particular December, was a period to forget from an investment perspective.

An example of the damage includes the following quarterly returns in their home currency:

Fortunately, TriDelta clients were cushioned somewhat from the damage by three main factors:

Most TriDelta clients ended the quarter down in the range of 3% to 5% depending on their exposure to stocks and overall asset mix.

As mentioned last quarter, the recent pullback has been caused by:

We are now fairly positive on stocks for the short term – and the rationale goes back to the four points above.

The last reason that we are more positive about stocks is captured in the chart below. The chart looks at the S&P500 since 1940, focused on the seven worst quarters it has experienced. It then looks at the market performance in the one year, three year and five year periods after that terrible quarter.

Essentially, the stock market tends to go up in the long term. When it has a particularly bad period, it tends to bounce back, based in part on simply catching up to fair value.

Our positive outlook is not blind to some of the prevailing risks, which include:

Nevertheless, we are looking to see decent stock market growth in 2019.

Our fearless predictions for 2019:

Based on these short term beliefs, we have reduced our cash weightings in our stock funds down to essentially fully invested in both our Pension and Growth funds.

In the Growth fund, which is more active in terms of adjusting industries, we will be adding to Energy and Industrials, while reducing Telecoms and Utilities.

In the Fixed Income world we are looking to add some High Yield Debt and Preferred Shares to the fund.

Overall, most clients had returns in the 0% to -5% range on the year depending on their individual asset mix. Given the major stock market declines, most of our clients did much better than the average Canadian investor for the year.

Other news and items of interest
Summary

As long term investors know, down markets eventually recover and great markets don’t last forever. Right now we believe that we are in the ‘down markets recover’ stage and are acting accordingly.

In the very short term, anything can happen (all it takes is one Tweet). Having said that, most stock markets historically go up 7 years out of 10, and are more likely to go up in the year after having declined. Even for our older clients, there is usually lots of time to recover. There is an old adage that says “Investing is about time in the market, not market timing.”

At TriDelta we will continue to be nimble while focusing on the long-term plan. This would include a steady and diversified asset mix that is built appropriately for the goals of each client, and an eye on tax minimization.

Here is to a better investment year in 2019.

« What investors should buy now if they like high yields and low prices FINANCIAL FACELIFT: With ambitious retirement goals, will this couple have enough to meet their lifestyle needs? »
© 2021 TriDelta Financial Privacy Policy