Below you will find a real life case study of a woman who is looking for financial advice on how best to arrange her financial affairs. Her name and details have been changed to protect her identity. The Globe and Mail often seeks the advice of our VP, Wealth Advisor, Matthew Ardrey, to review and analyze the situation and then provide his solutions to the participants.

Written by: DIANNE MALEY
Special to The Globe and Mail
Published October 19, 2018 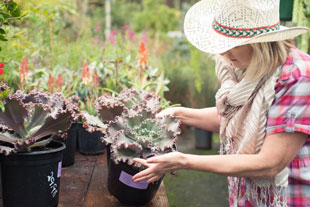 Turning 60 got Sylvia thinking about a time when she will no longer have to work for a living – and hoping it will come soon.

She earns $75,000 a year in a middle-management job and is single with no dependants. Her postwork income will come from her savings and investments, including from the Saskatchewan Pension Plan, a defined-contribution pension plan open to all Canadians. She also has an annuity that she took instead of a cash payout when a previous work pension plan was wound up.

The wild card in her retirement plan is her equity interest in a private corporation. The investment has paid well, yielding her $15,000 a year in dividends over the past five years, but this is not assured. The future value of the shares is uncertain because they are not readily marketable.

“Basically, I have no control over this investment, but it has turned out to be an excellent investment for me even if I never get another penny from it,” Sylvia writes in an e-mail.

She wonders whether she can retire from work early, whether her investments will generate her target income of $45,000 a year after-tax and when she should start drawing government benefits.

We asked Matthew Ardrey, a vice-president and financial planner at TriDelta Financial in Toronto, to look at Sylvia’s situation.

Sylvia has almost $750,000 in investments saved to date, Mr. Ardrey says. Of that, $200,000, or 26.67 per cent, comprises shares in a private corporation. “In Sylvia’s estimation, they could be worth more than this, less or nothing at all,” the planner says. “This is a potentially significant risk to her retirement plans.”

Sylvia contributes $6,000 a year to a defined-contribution pension plan, $8,400 to her registered retirement savings plan and $5,500 to her tax-free savings account. She has a cash surplus of about $7,000 a year, including her RRSP refund.

Sylvia plans to work part time for another few years after she retires, earning about $3,000 a year. Her annuity will pay her $6,036 a year starting at 65. In drawing up his plan, Mr. Ardrey assumes Sylvia retires at 62 and begins taking Canada Pension Plan and Old Age Security benefits at 65.

“My concern with her plan is it all is riding on the private shares being worth what she hopes they are worth,” Mr. Ardrey says. “If they fall to 50 per cent of her expected value, all of her spending cushion will be eliminated,” he adds. “If they end up being worthless, then she will fall short of her goal, running out of investment assets by her age 80.” She would still have her CPP and OAS, her annuity income and her home.

“Sylvia should be looking for a strategy to divest herself of the private shares,” Mr. Ardrey concludes.

“If we improve Sylvia’s investment strategy across all her accounts to 50 per cent geographically diversified equities, 25 per cent fixed income and 25 per cent alternative investments – strategies such as private debt, global real estate and accounts receivable factoring – she should be able to achieve a conservative net return of 5 per cent,” Mr. Ardrey says.

If, instead of getting her current 4.1-per-cent return on investments, Sylvia could achieve that 5-per-cent rate of return, she would meet her retirement spending goal, though without a cushion for extra spending. “This is a vast improvement over running out of investment assets at age 80.” If the private shares can be sold for $200,000, and she earns 5 per cent on her investments, then she would have a spending cushion of $12,000 a year, over and above the $45,000 target.

The plan: Rejig portfolio for greater diversification with a target return of 5 per cent a year. Explore ways to sell the shares in the private company.

The payoff: If all goes well, not having to keep her nose to the grindstone until she is 65.