/ Retirement Planning / FINANCIAL FACELIFT: This couple making $258,000 a year are worried they are paying too much in investment fees as their retirement nears

FINANCIAL FACELIFT: This couple making $258,000 a year are worried they are paying too much in investment fees as their retirement nears

Written by: DIANNE MALEY
Special to The Globe and Mail
Published June 1, 2018 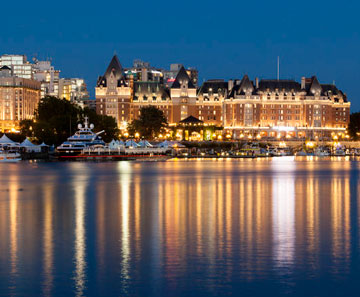 Darryl and Don hope to hang up their hats in four years when Don will be entitled to an unreduced pension. When they do, they’re thinking of selling their Toronto house, moving to Victoria and travelling extensively, Darryl writes in an e-mail.

Darryl is age 52, Don is 53. Together, they bring in about $258,000 a year. While Don has a public sector work pension, Darryl has a group registered retirement savings plan at work, to which his company contributes, as well as a personal RRSP.

“We’re not sure we are getting maximum return on our investments,” Darryl writes. (They are in a wrap program for which they are being charged advisory fees plus management expense ratios on the underlying mutual funds.) “Also, there was sticker shock when the adviser fees were disclosed, and we have a sense that we are overpaying.”

We asked Matthew Ardrey, a vice-president and financial planner at TriDelta Financial in Toronto, to look at Darryl and Don’s situation.

Darryl and Don are saving substantial sums for their retirement, Mr. Ardrey says. Darryl contributes 7 per cent of his salary to his group RRSP and his employer another 6 per cent. As well, he contributes to his personal RRSP. Don contributes about $12,400 a year to his defined benefit pension plan and tops up his RRSP to the tune of $2,500 a year.

Based on the numbers they provided, they are showing a substantial surplus in their monthly budget, Mr. Ardrey notes. They admit they may have underestimated their current spending by a bit, the planner says.

Darryl and Don figure they will pay about the same for the West Coast house as they net from the Toronto one. In his calculations, the planner assumes they sell for $800,000, net $700,000 after selling costs and use the proceeds to buy the Victoria house for cash.

In 2022, when Don begins drawing his pension, he will get about $49,000 a year, plus a bridge benefit of $6,800 a year to the age of 65. Mr. Ardrey assumes both begin collecting Canada Pension Plan and Old Age Security benefits at the age of 65.

In his calculations, the planner assumes an inflation rate of 2 per cent a year.

Looking at their investments, Mr. Ardrey says the historical rate of return on the asset classes they hold has been 4.91 per cent a year. They are paying 2.25 per cent a year in management expense ratios and fees. That means they are getting a meagre 0.66 per cent annual return after inflation and fees.

Darryl and Don have about 80 per cent of their portfolio in stocks. This is high given that they are looking to retire in only four more years. If the stock market were to plunge like it did in 2008-09, “it could have a catastrophic impact on their portfolio and delay their retirement.”

Instead, Mr. Ardrey suggests they increase their fixed-income holdings to 30 per cent. He recommends another 20 per cent in income producing, alternative investments (funds, pools or limited partnerships) that specialize in mortgages, global real estate, private debt and factoring, that is, the purchasing of business accounts receivable. These strategies should produce higher returns than fixed income while having little or no correlation to the stock markets, the planner adds.

When they move, Darryl and Don should look at redoing their wills and powers of attorney, or at least consulting with a B.C. lawyer to ensure the documents they have will work in British Columbia, Mr. Ardrey says. He suggests they hold their non-registered investments jointly so that the holdings pass automatically to the survivor without going through the will to reduce their exposure to provincial probate tax. “As an example, on $1-million of assets, probate would be $14,000 in British Columbia.”

The problem: Can they pack it in and move to British Columbia in four years, buy a house and still have $100,000 a year after tax?

The plan: Review their budget in case their monthly outlays below are substantially understated. Diversify their asset allocation and take steps to lower their investment costs. Review estate planning after the move.

The payoff: Financial peace of mind

Want a free financial facelift? E-mail finfacelift@gmail.com. Some details may be changed to protect the privacy of the persons profiled.