Below you will find a real life case study of an individual who is looking for financial advice on when he can retire and how best to arrange his financial affairs. His name and details of his personal life have been changed to protect his identity. The Globe and Mail often seeks the advice of our VP, Wealth Advisor, Matthew Ardrey, to review and analyze the situation and then provide his solutions to the participants.

Written by: DIANNE MALEY
Special to The Globe and Mail
Published September 29, 2017 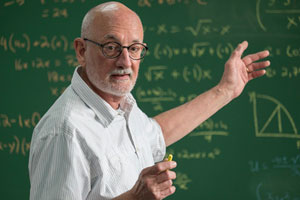 Like many in the education field, Christopher loves teaching and is in no hurry to quit. At the age of 70, he is planning to “ease into retirement,” working one more full year and then another three half years. He has been bringing in more than $170,000 a year, plus rental income and Canada Pension Plan benefits.

A year from now, he will begin collecting a work pension, indexed to inflation, of $54,000 a year. With that, plus his part-time salary and CPP, “I assume I won’t have to draw from my registered retirement income funds, and will reinvest the mandatory withdrawals,” Christopher writes in an e-mail. He is single with a grown son.

Two main things concern him: “Maximizing” his retirement income and not being taxed in two provinces – Ontario and Quebec – because he plans to spend time in both.

“I would like to live in my Quebec property during spring, summer and early fall, returning regularly to visit friends and family, and live in Ontario late fall and winter,” where he will teach the winter semester. “I would like to maintain the Ontario address as my permanent one,” Christopher adds. “Will it be possible to continue to be taxed as an Ontario resident?”

His Quebec tenant moved out over the summer, so he is no longer getting rental income. He is planning to renovate the property at a cost of about $80,000. Any monthly surplus he enjoys has been going into a savings account to cover the carrying and renovation costs.

We asked Matthew Ardrey, a vice-president and certified financial planner at TriDelta Financial, to look at Christopher’s situation.

Even with the two residences, Christopher should have no reason to worry about his retirement income, Mr. Ardrey says. With his work pension, government benefits and investment income, he should have more than enough to live on.

In preparing his analysis, the planner first looked at which province Christopher will be taxed in. “The Canada Revenue Agency is very clear on this matter,” Mr. Ardrey says. “A taxpayer will be considered resident of the province they ordinarily reside in on Dec. 31.” Christopher plans to be in Ontario in the fall and winter, so “a clear argument can be made for him being a resident of Ontario for income tax.”

If in the future Christopher is spending most of his time in Quebec, he should check with an accountant to ensure he still meets the residency requirements, the planner says. In the meantime, he should maintain his Ontario driver’s licence, health insurance and bank accounts and have all of his mail sent to his Ontario address.

Next, Mr. Ardrey looks at Christopher’s investments. He holds stocks and a mortgage fund. Based on historical returns of the underlying asset classes, his net return after fees would be 4.67 per cent, the planner estimates. When he retires, Christopher’s savings will go first to his tax-free savings account. “Any further surplus is assumed to be allocated to his non-registered savings.”

If Christopher chooses to draw down his savings instead, he could increase his lifestyle spending by $36,000 a year. His net worth at 90 still would be $1.7-million, comprising real estate and personal effects.

“Though the fixed income is predicted to have lower returns, it is useful for Christopher by providing a less-volatile asset class if he needs to make portfolio withdrawals,” the planner says. “Offsetting the lower returns are the alternative investments. They will help to keep the overall portfolio return higher while mitigating some equity volatility because of their low correlation to the financial markets,” Mr. Ardrey says.

“The bottom line for Christopher is that he should be able to keep his return and investing costs similar to today but with improved portfolio risk management,” he says. “Thus he can achieve an improved risk-adjusted return.”

The problem: How to avoid being taxed in two provinces and ensure his investments are suitable.

The plan: Ensure he is living in Ontario on Dec. 31. Keep Ontario driver’s licence, health insurance and address. Make some portfolio adjustments to better diversify holdings.