/ Investing / Buying Low: Investing Strategy in Frothy Times (from the Globe and Mail)

Buying Low: Investing Strategy in Frothy Times (from the Globe and Mail)

When stock markets have risen significantly, often some of the best investing opportunities is in the sectors that have been unloved and overlooked. Lorne Zeiler, Portfolio Manager and Wealth Advisor at TriDelta Investment Counsel was one of three portfolio managers asked where to look for value investments today by Globe and Mail reporter Joel Schlesinger (February 28, 2017). 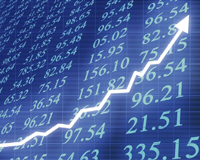 As stock markets reach new heights, especially in the United States, investors might be recalling the adage “what goes up must come down.”

But by the same token, what has been down – the unloved, undervalued and overlooked – usually bounces back, eventually. With that in mind, consider these investments.

Even though the U.S. equity market has experienced a record-breaking runup, health-care stocks still have attractive valuations, says Lorne Zeiler, portfolio manager and wealth adviser with TriDelta Financial in Toronto.

“The sector was held back in 2016 due to concerns of increased regulation affecting drug pricing, first by a potential Clinton presidency and then from comments by President-elect Trump,” Mr. Zeiler says.

But these fears are likely exaggerated, he says. Earnings are forecast to grow by 8 per cent in 2017, and stocks are trading at about 15 times forward earnings around their five-year average, while nearly every other sector trades significantly higher.

Here are two stocks to consider:

These generally fast-growing economies have faced a laundry list of problems, says Navid Boostani, a portfolio manager and co-founder of ModernAdvisor, a robo-advisory in Vancouver.

“Slowing growth in China, political turmoil in Turkey and Brazil, and economic sanctions against Russia have all been headwinds,” Mr. Boostani says. “But we think the bad news is already priced in, and long-term investors have a unique opportunity today” to buy low.

Here are two exchange-traded funds (ETFs) for investors who want to tap into emerging-market growth:

Mark Yamada, portfolio manager and chief executive officer of PUR Investing in Toronto, cites two ways to capitalize on volatility. For those who can handle large swings in price, China has been unloved of late. Yet it offers a lot of upside, he says. At the opposite end of the spectrum, consider low-volatility equities, such as banks, utilities and consumer staples, which have fallen out of favour recently as investors set their sights on recovering energy and other commodity related stocks.