/ Quarterly report / TriDelta Investment Counsel Q4 Report – In 2017 while the noise gets louder, facts matter more than ever.

TriDelta Investment Counsel Q4 Report – In 2017 while the noise gets louder, facts matter more than ever. 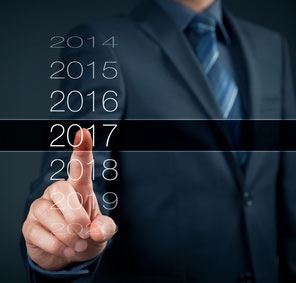 What the facts above mean to us is that while short term interest rates are heading higher in the United States, we live in a time of increased longevity and very low risk free returns on investments like GICs.  In order to achieve positive investment returns after inflation and taxes, that will carry through a long life, you need to look at stocks that pay dividends and you should have meaningful exposure outside of Canada and Commodities.  You also want to have exposure to high income investments that reduce volatility and do not act so much like stocks, such as high yield debt and alternative income strategies.  While stock markets today are trading at historically higher valuations in the U.S. and Canada, clients should still be invested because earnings are expected to rise, there is the positive potential impact of meaningful corporate tax cuts in the U.S., and the massive amounts of money that remain invested in cash and money markets that need a higher return.  If you think that the people that manage the Ontario Teachers’ Pension Plan are pretty smart (they are), then why are they borrowing $47 billion to invest?  The answer is that they believe so strongly that cash is a bad investment today and that with cash being so cheap to borrow, why not borrow to invest?

These facts don’t change under President Trump.  What does change is that in a world of unfiltered tweets that reach around the world in a second, we will have some days or weeks or months in 2017 that may shake investors’ faith in these 10 facts.  Despite the noise, facts still count in life, in financial plans and in investing.

How Did TriDelta Do in Q4?

While we certainly saw gains across our stock portfolios, we did not get the full benefit of the surprising Trump election win, and the surprising Trump rally.  We always find it surprising how many people state that they expected both to happen….. after the fact.  It is worth noting that for the small percentage that thought Trump would win, there were even fewer that thought the stock market would rally on the news.

On the bond side, TriDelta’s active management really shone brightly.  While broad bond indexes had a terrible quarter, down over 3%, the TriDelta Fixed Income Fund was down just 0.6%.  Our Fund was up nearly 6% over the course of the year.  Among the reasons for this outperformance was a focus on Corporate Bonds, Preferred Shares as well as some higher exposure to High Yield Corporates.

Preferred Shares continued their strong rebound, especially on the rate reset side of things.  TriDelta’s preferred holdings were up over 6% on the quarter and over 14% on the year – handily beating Preferred share indexes over both time frames.

The TriDelta High Income Balanced Fund ended off a great year, with a decent fourth quarter gain of 1.25%.  For the year, the fund was up 15.6%.  It has had 11 consecutive positive months.

Our Investment View for 2017

The million dollar question is whether Trump will accomplish most of what he says.  If that is the case, there will be lower corporate tax rates, higher inflation, higher interest rates, greater infrastructure spending, more protectionist trade policies and less regulation on the Energy, Financial Services and Health Care industries.  The market has already assumed that much of this will take place, and has acted accordingly.  If some of these don’t take place or take place much more slowly or in a watered down way, the market will adjust back a little bit in the affected sectors.

We believe the following:

US Dollar will be stronger than the Canadian Dollar – U.S. interest rate hikes while Canada remains steady.  Some possible trade issues for Canada.  Lower commodity price growth than 2016.  All of these point to Canadian dollar weakness.

Canada will not be a top performing equity market in 2017 – In 2016, the TSX was up 18% after declining 11% in 2015.  In Canadian dollars, the S&P500 was up 6%.  Most of Europe and Asia were negative.  We believe that for Canadians, there will be better Canadian dollar returns found in Europe and Asia and the U.S. than in the TSX.

Preferred Shares will continue to provide good returns.  Preferred shares should continue their ascent, following a strong year as the fear of lower rate resets recede.  There remains the allure of tax preferential preferred yields and the prospect for potential capital gains in an asset class that has been deeply disadvantaged in 2014 and 2015. 2017 looks to be shaping up for another friendly year for this asset class as investors continue to search for 5%+ yield in an environment where interest rates may have found a bottom.

Canadian interest rates and inflation will remain quite low – The catalysts for growth don’t seem to be there at this time.  Despite lots of U.S. news media talk on rising rates and inflation, we need to remain focused on the Canadian experience.

China’s tightening rules on the foreign flow of money will lower housing prices in Vancouver and likely Toronto – I know this one is a tough prediction for Toronto considering it hasn’t had an annual decline in 20 years.  The point is that foreign funds from China are a significant driver on the real estate market in Vancouver and Toronto.  Toronto has had a bigger push of late because we do not have a Foreign Buyers Tax (yet).  The view is that this will have a bigger impact overall than some people predict.  There is also the continuing impact of tighter mortgage rules and slightly higher mortgage rates.  If we do see lower prices (they won’t likely be large declines), it will be another small weakness on the Canadian economy overall.

Alternative Income Investments remain a strong investment option for a part of your portfolio.

Given the low yields offered on most bonds, we have focused considerable time and energy reviewing and incorporating alternative assets, particularly in private investments, into client portfolios.  These investments offer favourable economics, along with high levels of income that are typically in the 6-10% range.  These investments have very low volatility and provide additional diversification benefits as they have low correlation with stocks and bonds.  These benefits will continue to be valuable in 2017 and for the foreseeable future.

The year ahead has more uncertainty than most.  As a result, we will continue to try to reduce overall volatility of portfolios and to reduce the downside risks that can come up in any market cycle.  Steady income – whether from solid dividend growers, preferred shares or alternative income investments – will be a good friend in 2017.  It is an even better friend if the yields achieved are meaningfully higher than inflation rates – and are not very connected to the ups and downs of the market.

All the best to all our readers for a healthy and prosperous year ahead.