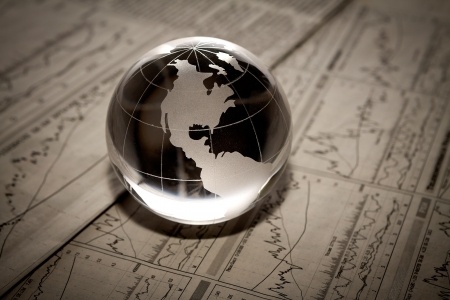 When looking at interest rates, currencies, real estate risk, Oil and the overall economy, the Canadian market is looking weaker than the U.S. market.

We believe, in particular, that real estate risks are much higher in Canada than the U.S., and it is playing an important factor in our investment philosophy.

As a result, we have lower Canadian stock weightings than we have ever had, but remain quite positive about other investments – including U.S. stocks – where we feel we will benefit from currency gains and some post election strength assuming a Clinton victory.

How did TriDelta do in Q3?

The third quarter was a pretty solid period, with most TriDelta clients up between 2% and 3.5% on the quarter.

The Canadian Universe Bond Index was up 1.2%.

Highlights for TriDelta clients included the TriDelta High Income Balanced Fund which was up 5.8% and our Preferred Share portfolio which was up 6.5% and meaningfully outperformed the index.  Our overweight positions in corporate bonds with long terms to maturity led to some solid outperformance on our bond portfolios as well.

Of interest, in such a strong quarter, even solid Alternative Investments that have delivered 8% annual returns, would have ‘hurt’ performance by returning about 2%, but helped reduce portfolio volatility.

Our more conservative clients have continued to have a stronger performance this year overall than our growth oriented clients.  There will, of course, be a time when this reverses itself, but the trend has continued.

For TriDelta, we aim for lower volatility in all markets, and as a result, the highs may not be as high in good markets, and the lows should not be as low in bad ones.  Q3 is a good example of this.

Where we see things headed

We have some heightened concerns on Canadian real estate – in particular in Vancouver.  The impact of a decline in Vancouver real estate prices could be reasonably contained to BC, or could spread to impact real estate across many markets in Canada.  The reason for this concern is a combination of events.  The foreign buyers tax in BC has slowed sales dramatically and will hit the higher end market.  The tightening of mortgage rules will likely dampen increases in the lower end.  At the same time we are seeing all the signs of a traditional market bubble (an outsized run up in prices while there are many empty houses and condos – owned by investors).

Either with a local Vancouver or broader Canadian decline, the impact won’t be great for the overall economy.  It has put a damper on our view of the Canadian stock markets.

While a rally in oil was driven off of hopes of increased cooperation from OPEC, there are still many factors keeping a lid on prices.  One of the biggest issues is that even with a glimmer of co-operation, OPEC is not able to truly work together in an environment where key players Saudi Arabia and Iran are at such odds.

*U.S. oil supply is standing at the ready to increase if prices move high enough.

As a result, we don’t see strong improvements in Oil, certainly not to the degree that would help Canada see higher growth.

With slow growth from Oil, concern on real estate price declines, and a general lack of growth in Canada, Bank of Canada Governor Stephen Poloz announced that they were much closer to lowering rates than raising them.  This is a very clear indicator that Canadian interest rates are not at risk of going up any time soon, and have some chance of declining in the near term.

The investment impact of this is that higher income investments will continue to be in favour and remain overvalued from a historical perspective for the foreseeable future.

In the United States, it is likely that they will finally raise rates in December post election, after having raised them once in 2015.  Having said that, there does not seem to be much momentum behind sizable rate hikes.  This could be another ‘one and done’ rate hike, which will keep the U.S. in a very low interest rate environment.

Lower real estate, range bound Oil prices, widening interest rate gap between Canada and the U.S., all suggest that the Canadian dollar will see declines in the coming months – possibly back to the low 70s.

If you are in need of U.S. dollars for winter holidays, we would suggest buying now.

From an investment perspective, it encourages us to be more exposed to U.S. dollars.

We believe that this will largely be a positive in the markets. It looks increasingly likely that there will be a new President Clinton in the White House, and that there will be fewer surprises ahead than the uncertainty that a Trump Presidency would bring.  Markets will appreciate a little more political calm than it has seen for much of this year.

Overall Impact on our investment portfolios

The above views lead us to a few investment actions.

As we do every quarter, we check on dividend growth among our holdings.  This quarter saw 8 dividend increases with no declines.  The largest 4 were all U.S. companies and the fifth was Restaurant Brands International – which is Tim Horton’s and Burger King.

There seems to be a feeling of doom and gloom in some areas, and we believe that this may be overstated.  Having said that, we believe that the U.S. will be a better place than Canada for near term investment, in part as the Canadian dollar is prone for some declines.

Other points of optimism, in the U.S. markets the 3 month period from November 1 to January 31 is the best performing 90 days of the year.

One last positive thought.  Based on Ned Davis research of the Dow Jones Industrial Average from 1900 to 2008, you can see that if the incumbent party wins, the Dow Jones average has returned an average of 15.1% in the year following the election.  You can ignore the bottom two lines if you want to remain positive.

May the beautiful colours of the Fall give hope to us all.