Some people believe that the grass is always greener on the other side of the fence. Well in 2015 it was true, if you were a Canadian and your fence looked over at the U.S. border. From an equity and currency perspective, the U.S. meaningfully outperformed Canada.

Although 2015 was a difficult year, with Canadian equities down over 11%, most TriDelta clients, depending on their asset mix, were roughly flat on the year. No one heads into a year hoping to have a flat investment year, but given the very weak Canadian markets, and our focus on protecting capital in tough times, we believe that we added meaningful value to clients in 2015.

Executive Summary – 4th quarter equities were down for Canada, but up for International Developed markets

It was a challenging 4th quarter and year as a whole, for investors in Canada. Canadian bond returns were mildly positive and Canadian equities remained very volatile, down 2.2% in the quarter. The economic and stock market weakness in Canada, unfortunately, was driven by excess global supply of oil and other commodities, causing commodity prices to fall.

Even with Europe’s issues in the first half of the year, China dominated the world stage this year with its economic slowdown. The lion’s share of growth in global demand for virtually all commodities, including oil, has emanated from China over the past decade. With its economy growing more slowly, prices of most commodities have weakened materially. Moreover, due to China slowing along with many emerging market economies, the U.S. Federal Open Market Committee (FOMC) was reluctant to raise rates until the end of the year. On December 16th, the U.S. Federal Funds rate was finally increased by 0.25%.

A Tale of Two Markets: International Developed Equity Markets were up (in Canadian dollars) and the Canadian Equity market was down

Risks to the Outlook 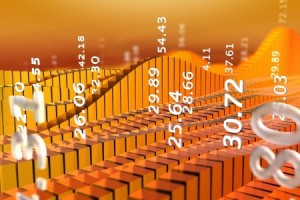 The 4th quarter witnessed a decent bounce in global equities after a very rough 3rd quarter. Most equity markets rallied and came close to recuperating the losses suffered in the third quarter. Unfortunately, Canada did not participate in this rally.

In local currency, global equity markets were some of the top performers. Germany and Japan represented the best performing major equity markets, up more than 11.2% and 10.7%, respectively. Closer to home, the S&P/TSX Composite Index continued its losing streak, down 2.2%; whereas, the S&P 500 Index bounced back, returning 6.5% in local currency. The strong U.S. dollar was again a positive factor for our portfolios as measured in Canadian dollars. The U.S dollar strengthened 4.1% relative to the Canadian dollar, adding to the total return of U.S. holdings.

For the S&P/TSX Composite Index, volatility in the 4th quarter was substantial as the Index had a number of moves up and down greater than 5%. October turned out to be a positive month as the market rallied 1.3%; however, November and December were down months, consistent with the fall in the price of crude oil. November declined almost 2% and December was down 3.4%. The three worst performing sectors in the quarter were Health Care, Consumer Discretionary and Telecommunications, down 37.0%, 5.7% and 2.8%, respectively. In contrast, the three best performing sectors were Information Technology, Materials and Financials, up 10.3%, 3.1% and 0.6%, respectively.

The S&P 500 Index performed much better than the Canadian market, up 6.5% in the 4th quarter. The Index posted a great October, up more than 8%. Despite a couple bumps in the road, it eked out a small gain in November before falling 1.8% in December. All sectors in the 4th quarter were up except for Energy, down 0.6%. The three best performing sectors were Materials, Health Care and Information Technology, up 9.1%, 8.8% and 8.7%, respectively.

In contrast, a number of our stocks, especially those in the U.S., had a great quarter and positive results were found in all sectors, including Energy.

Our Pension Equity Model was up 0.7% during the 4th quarter, as our more conservative strategy, outperformed the S&P/TSX Index by almost 3%. The Pension mandate focuses on stocks with solid and growing dividends and other less volatile characteristics, leading to less trading relative to our Core Equity Model.

Quarter Ahead for Equities

At the end of the 3rd quarter, we believed that the majority of the decline in the equity markets was over, and we were looking for opportunities to be fully invested again in the coming months. Looking forward, we continue to believe that the September 2015 lows will hold for the S&P 500 Index, but may be temporarily breached by the S&P/TSX Index. We still have some cash in the portfolios, and are looking for the right time to become fully invested again.

We believe that the heightened volatility that we have experienced in the 4th quarter, and throughout 2015, will continue in 2016. The equity markets generally appear to be fairly valued, which could lead to more volatility if economic headwinds or geopolitical events surface. Earnings, as usual, will continue to be a major focus for investors, looking to be reassured that earnings are continuing to grow and valuations remain fair. 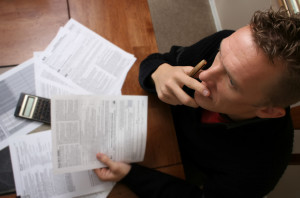 For the majority of 2015, volatility in the fixed income market was unprecedented. The initial cut to the Canadian overnight interest rate in January, to be followed by another cut in the subsequent months served as a testament to the Bank of Canada’s concern over the negative impact of much lower oil and gas prices on energy companies, and its impact on the Canadian economy.

For most of the year, investors have been wrestling with the following:

As noted earlier, the U.S. FOMC finally raised the Federal Funds rate by 0.25% in December.

Our Core Bond Model maintained its exposure throughout the year in high yield bonds as we were, and we continue to be comfortable with our holdings. Given the heightened investor concern over the U.S. raising interest rates, we started the year owning bonds that had shorter average maturities and gradually raised the average maturities of the Model through the investment in a 30-year Government of Canada Bond in the fourth quarter.

We were able to add value to the portfolios with this strategy towards the latter half of the 4th quarter. In addition to raising the average maturities of the bonds, another purpose of owning this 30-year high quality Government of Canada bond was to reduce the overall risk of the portfolio, especially in the current environment where investors are uncertain about the U.S.’s resolve to hike interest rates and its ability to continue with a series of hikes in the coming year.

Our Pension Bond Model benefited from not having any exposure to high yield bonds this year and in the 4th quarter. The strategy of managing the Model with a shorter maturity bias at the start of the year, followed by extending the average maturity with the purchase of the 30-year Government of Canada bond, mirrored the same strategy as the Core Bond Model.

Quarter Ahead for the Bonds

With an eye towards 2016, we expect the volatility that we have experienced in 2015 to continue. With continued Bank of Canada concerns over our economy, heightened geopolitical risk, and an uninspiring global macro-economic environment, we will continue to limit risk in the bond portfolios by maintaining our bias for the long-dated Government of Canada bond. However, our aim in 2016 is to take advantage of this volatility at the opportune time, and eventually move funds out of Government of Canada bonds and into investment grade corporate bonds.

Not since the financial crisis has the preferred share market witnessed such a negative period. One fundamental difference between 2008 and today was that the drop in 2008 was disorderly – panic driven – while the current environment is slightly less disorderly and driven by three converging factors working to conspire against the preferred share asset class.

The beneficial characteristics of preferred shares within a well-diversified portfolio remain very much intact, but the recent weakness in this asset class has left many disenchanted. Considering the attractive yields and the beneficial tax treatment of dividend income, we still believe that preferred shares will be a positive investment in 2016.

2015 was a challenging year for Canadian equities and bonds, although the 4th quarter was generally up across international developed markets. As mentioned, there is potential for negative surprises in 2016 given the large number of global issues, including currencies volatility, political turmoil, increased terrorism activity, low oil prices and very low global economic growth. As a result, we forecast markets to remain volatile this year, but expect returns to be generally positive, however lower than long-term averages.