Overall, the second quarter of 2015 was one of the weaker quarters in a long time.

Of interest, there wasn’t really anywhere to turn to find good numbers on the quarter.

Among indices, the results were the following:

Growth oriented TriDelta clients meaningfully outperformed the TSX, but were still mostly down around 1% on the quarter.

Conservative oriented TriDelta clients were down in the 1.5% to 2% range on the quarter, still outperforming the TSX.

We do believe that Preferred shares will see some sunshine over the next year, but they have certainly been an underperforming asset class over the past year.

Greece, China and Iran – What does it all mean for your Portfolio?

Sifting through the headlines to try to find the economic meat, sometimes we find a lot more noise than news.

This is not to say that Greece’s latest brush with bankruptcy, China’s wildly gyrating market, and an imminent deal of some kind with Iran that will remove much of the economic sanctions on the country, are not important.

Each is important in a different way, but how do we use this to our advantage?

Let’s look at each situation:

There is a great summary of the Chinese stock market moves in the New York Times. The link is below.
http://www.nytimes.com/2015/07/07/upshot/how-to-make-sense-of-chinas-plummeting-stock-market.html?abt=0002&abg=0

The Art of Selling Securities: Time and again TriDelta has excelled at selling stocks before big declines 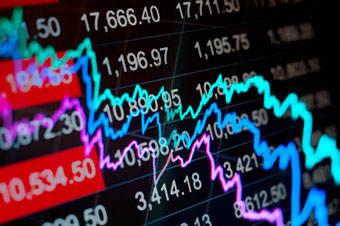 In the past year, TriDelta has sold several companies prior to significant declines. Some sells protected client gains while some were not our best stock picks, but our sells limited losses. Here are 6 examples that were held in clients’ accounts (all clients would have held a few of these names):

While we had no crystal ball, TriDelta used the same discipline that we always use. This approach gave us the warning signs that there are better stocks to own than the ones we held.

Many investment managers say, “it is easy to buy, but hard to sell”.

The downside of this ego is that they don’t ever like to admit mistakes. In particular, in cases where a stock hasn’t done well, it can be hard for an investment manager to admit the mistake and sell the security. This often manifests itself in holding stocks all the way down so that they sit in your portfolio with 50%+ declines.

Whether a stock is a gain or loss for our clients does not impact our sell decision (other than near year end when we look at Capital Loss selling candidates). Our sell decision is simply based on whether the stocks are no longer acting the way that we expected or certain financials are not what we expected, and we decide to cut the cord and move on. These sell decisions are not emotional ones, but rather based on financial changes. Through this financial discipline, we can eliminate the downside of the ego that causes many managers to hold on to securities for too long.

After all, while we are here to grow your money, we are also here to protect it.

Q2 Overview of the Bond Market

Q2 Overview of the Stock Market

Canada:
TSX Returns by Month were:

Dividend changes continue to be positive, with no declines in payout in our holdings. We saw dividend increases of between 1% and 18% across 9 names during the quarter, with IBM’s 18% dividend increase topping the list. Given our focus in some portfolios on dividend increases, we like to track and report on this quarterly.

While we certainly don’t want to see more Q2’s ahead of us, we do remain a little more cautious than normal. It is worth noting that a few years ago, nobody would be too upset with a quarter where returns were down 1%. In 2015, it feels like we are expecting markets to only go up, and a flat to down quarter is cause for alarm.

Historically, stock markets are negative about 30% of all quarters.

While there are definitely sectors of the market that we like, there does appear to be a little less positive momentum in the markets overall, and a little more punishment for stocks that don’t meet earnings targets.

In the short term this means that we will be more selective, and more patient with buying new names. We may have higher than normal cash positions, and we may look a little more favourably towards some Alternative Investments that are less correlated to the stock and bond markets.

We don’t foresee any major declines as long as earnings remain strong and overnight interest rates remain low, but sometimes a little extra precaution is in order.