From time to time clients have mentioned some of the interesting things that they are working on and we are pleased to be able to share them. This month Aaron Freeman talks about GreenPAC – an organization that he has launched that is aimed at helping to get Environmental leaders elected to public office:

GreenPAC Will Change the Game in Ottawa on Environment

Experts and activists often point to the devastating consequences of government failures to enact policies that protect our environment. And understandably, this is what public and media attention is drawn to when a mining disaster destroys a salmon fishery, when floods, storms and droughts are exacerbated by unpredictable changes in our climate, or when we lose an endangered animal or plant forever.

But when governments shirk their responsibility on the environment, there is an even greater consequence: the failure to reap the broader benefits of environmental solutions.

My new organization, GreenPAC, has just launched to build the leadership we need in Canada to implement these solutions. 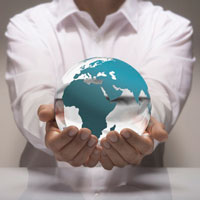 Consider a few opportunities that have emerged in recent months. Early this year, Deutsche Bank joined an emerging chorus of financial institutions that recognize solar energy as now more cost-competitive than conventional electricity sources, including fossil fuels. It is poised to leap from 1 percent of the world’s electricity market today to 10 percent by 2030, and 30 percent by 2050. Yet the International Monetary Fund notes that the Canadian government continues to subsidize fossil fuels at an astounding $34 billion a year.

Second, a study this month by Cambridge, Princeton and the World Wildlife Fund found that every dollar invested by governments in parks and protected areas generates 60 dollars in tourism revenue. Yet Canadian governments continue to compromise and under-fund what makes these areas unique – their ecological integrity.

Finally, climate skeptics are fond of saying that Canada shouldn’t have to do much to combat climate change, because we only contribute about 2 percent of global emissions. But imagine if we were 2 percent of the solution. Imagine if we had 2 percent of the emerging $2.5 trillion market for clean technology. This would mean a $50 billion industry in Canada creating sustainable, well-paying jobs, that punches above its weight in research and development investment. We could be creating environmentally friendly consumer products and technologies that reduce pollution rather than contribute to it. That vision for Canada is well within reach, according to an extensive new report by Ottawa-based Analytica Advisors, which states, “we can and should build a significant economic sector, relevant across the country, through coordinated and patient policies and wise investment.”

As a country, we are long on affordable solutions and short on the leadership that can make them a reality.

Canadians are taking action in their homes and workplaces, and experts are generating game-changing technologies and opportunities. But global, complex problems like climate change and endangered species loss won’t be solved without government action. And we’re still waiting for most of our elected leaders to catch up.

The political achilles heel of the environmental sector is that support for environmental issues is broad but diffuse, spread out across the country. This support doesn’t translate well in a geographically based electoral system. Worse, environmentally minded candidates are typically placed at a disadvantage to well-funded and better-connected opponents.

GreenPAC exists to level the playing field for these candidates, and to translate Canadians’ environmental concerns into political action.

GreenPAC’s Expert Panel is made up of non-partisan leaders in various environmental fields. None have paid ties to any environmental organization. The Panel assesses the candidates running for office and endorses a short list of candidates, including at least one from each major party. The criteria will be transparent, and candidates will have the opportunity to provide information on their qualifications to the Panel.

GreenPAC is looking for political leaders who know how to get things done. To receive an endorsement, the candidate must have a reasonable shot at winning. They are assessed not on the basis of their platform or on-the-record comments, but on what they have accomplished on environmental issues. These accomplishments may be in the private, public, or NGO sector.

Polls consistently show that Canadians want to see their elected leaders doing more to protect our environment. Yet this concern is not getting translated into political action. GreenPAC will help find solutions-oriented leaders, and help get them where they need to be: elected government.

– Aaron Freeman is the Founder and President of GreenPAC