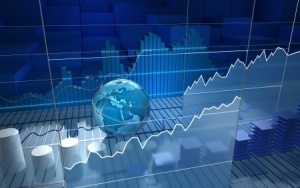 Another quarter rolls by, and overall, it was another quarter of very solid returns for our clients. Can the good times for investment markets continue?

The pessimists of this world say “this has got to end soon”. The optimists say “maybe this is the new reality”. Our general view is that both are wrong. History teaches us that there are few to no “new realities” – eventually it repeats itself. At the same time, should we expect strong stock markets to end in the near future? We don’t think so.

In the short term anything can happen. We fully expect there to be a 5% to 10% downturn at some point in 2015 because that happens most years. However, overall, we think that valuations, interest rates and demographics remain supportive for stock markets.

The TSX had an OK start to the year, with a 1.8% return over the quarter. Of course, energy was down another 1.9% and financials were down 1.1%, but most of the smaller sectors helped to keep returns above water.

Declining crude prices continued to put pressure on energy stocks, but technically stocks are behaving well having put in what may be their low in December with higher highs and higher lows since then.

TSX earnings seem to have stabilized. Trailing 12 month corporate earnings numbers continue to fall, but the forward 12 month estimates have started moving up.

The Canadian financials have recovered from a very weak January where the index was down more than 8% on fears of a weaker Canadian economy (mainly Western Canada) and housing market.

There was a very weak start in U.S. stocks on lackluster Q4 earnings where concerns over a strong dollar and slowing global growth were a recurring theme. This seems to have recovered somewhat.
Consumer sentiment has held up with the Consumer Confidence Index hitting a 7 ½ year high in January in the U.S.

Economic numbers were mixed with decent housing starts but weaker consumer spending, which may be somewhat related to the cold winter and heavy snowfall in the Northeast.
Earnings are stable as trailing numbers and forward estimates continue to rise.

With continuing drops in interest rates, bonds had a very good quarter, up 4.1%.
Global Central Bank policies continue to be the focus of headlines.
In Europe the ECB maintained a bias towards lowering rates and quantitative easing (governments buying their own bonds to keep rates low) in an attempt to keep their currency low and to stimulate growth.

In Canada, the Bank of Canada surprised with a 25 basis point rate cut on January 21st when no policy move was expected. The overriding concern is how Canada and its economy will deal with a US$50 a barrel environment for oil.

In the US, the Federal Reserve was quick to change its tone towards keeping rates steady instead of an expected increase. This was driven by deflationary concerns that came about from lower energy prices coupled with a strong US dollar.

How did TriDelta Do?

First quarter 2015 was very positive for TriDelta clients. Depending on risk tolerance/asset mix, most clients were up between 3% and 5.5% for the quarter, with the high growth oriented clients doing better, and the most conservative returning at the lower end of that range.

The TriDelta High Income Balanced Fund – was up 7.1% on the quarter.

The fund – which currently delivers a yield of over 7% – aims to provide income from diversified sources that include Global Bond yields, options, dividends and leverage. The fund is essentially a Global Balanced fund but we utilize a wide number of investment tools to achieve higher returns.

Some good regulatory news came through this quarter, which will allow all TriDelta clients the opportunity to own the fund (as opposed to only Accredited investors). This will come into effect in May and will allow for new investments as of the end of May.

Given a TSX return of 1.8%, we were very pleased with the results overall.

Our two biggest drivers for outperformance were:

In our equity portfolios we continued to see the US$ working in our benefit. The leading performers had a US and technology slant with Avago Technologies and Apple leading the way.

In the Bond and Preferred space, lower interest rates produced some nice winners.

Brookfield Asset Series 18 preferred share was up 8.1% on the quarter.

This quarter, after the currency effect, Canadian stocks lagged the US (and most other world markets). Energy, Canadian Financials, and any business that seemed closely tied to Western Canada suffered.

Our weakest performing stocks were as follows:

In the Core/Growth model, we still own all 3 of the weaker performers from this quarter. While we continually review our holdings for signs of problems, for now we are planning to continue to hold these names (always subject to change).

In the Pension model, we only continue to hold Home Capital. Its decline was largely based on fears of real estate declines and risk among non ‘A’ level borrowers. Home Capital is such a strongly managed company that has been able to work through much worse times than today, and we continue to like the name.

ConocoPhillips was actually sold on January 8th so we didn’t really participate in the losses for the quarter. Corus was sold (just in time) at roughly $22 on March 13th. It has since dropped 20%!

In the Preferred Share space, all rate reset preferreds (those that have dividends that will reset to a rate that is tied to the Government of Canada 5 year yield) had a very poor quarter. While we don’t see much in the way of increased interest rates in the very near future, we do believe that this sector of the market has been overly beaten up and is undervalued – and we may add to some beaten up names.

Cannaccord Series A 5.5% Variable was down 24.3% in the quarter, and represented our worst holding.

Dividend Changes in Our Portfolios

We continue to be pleased with a steady flow of dividend increases and no dividend cuts in our investment portfolios.

This quarter in our income oriented portfolios the top four dividend increases were:

In our Growth portfolios, the overall dividend yields tend to be lower, but some of the trends of dividend increases have been very solid. Below are the four biggest percentage increases in the quarter:

What do we see in the Quarter Ahead

TriDelta Financial is celebrating its 10th Anniversary this month and we are very thankful to our clients for helping us to reach this milestone.

We are planning to do a couple of special client thank you events in the coming year to celebrate – details to follow.

Enjoy the soon to be realized Spring!!