Why giving your grown children an allowance may make financial sense

There is a saying “once your child, always your child.”

For many seniors, the new saying is “once a dependent, always a dependent”.

So does it ever end?

With reports suggesting that today’s seniors are the richest in history, maybe it shouldn’t end. As the pile of cash for some wealthy seniors keeps growing, the question of how to disperse this bounty is of growing importance.

Seniors often fear that by passing on their wealth too early they will kill ambition in their offspring, or leave the money vulnerable in a marriage breakup. Maybe they are just too inherently thrifty to give it all away or maybe they aren’t sure how much they will need themselves.

For those seniors inclined to help out their grown children, what about an adult allowance? Maybe this little handout isn’t something that needs to stop when they are 16 and get their first part time job. While the image of dear old dad handing out a shiny new quarter to his 37-year-old son each week may seem pretty comical — perhaps it is just our new reality. A BMO report recently said the typical senior today is nine times richer than the typical Millennial.

The practice of giving allowances to children began around the beginning of the 20th century.  The idea was that giving children an allowance taught them how to budget, how to make choices in spending, and hopefully helped them to become better savers and smarter consumers.

An  adult allowance has the same basic ideas as the child allowance: 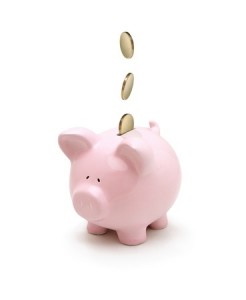 I am sure that the idea of an adult allowance causes a stress inducing pain for many readers. I can hear the comments now…’why can’t the kids of today pick up their own bootstraps,’ ‘when will they ever stand on their own two feet,’ ‘they clearly didn’t learn any valuable lessons with their allowances as kids, why would they learn anything now?’

To those reader comments in my head, I share your pain.  But if not an adult allowance, what are the options for wealthier older parents when it comes to ideas on what to do with their money?

The three standard options are:

If you are very likely to be leaving money to your children, probably the worst way to leave the money is still the most common method – through a Will.

Among the problems with a Will is:

You could choose to give while you live in one or more large lump sums. This could be a reasonable way to give as long as you are very confident that you can afford to give the lump sum, and that your children or other beneficiaries will do something reasonable with a large gift.

Another alternative is simply to go back to giving a weekly or monthly allowance – just like you did many years ago. While this method won’t help with major challenges like a house down payment (and it doesn’t preclude a larger gift), there are some meaningful advantages.

The first is that the parents maintain a greater degree of financial control. After all, it is tough to ask for the cheque back on a big gift if you change your mind. For the child receiving an allowance, it can become part of their family budgeting, and something that they can reasonably count on. It may not have the wow factor of a big one time gift, but it may also be something that the children can effectively manage financially.

Like all issues involving family and money, each family is different. Where the children are financially astute and responsible, there is much less concern with larger gifts. However, where those strengths may not be in place, a regular allowance may make much more sense.

One final note in favour of the allowance. We are seeing more potential issues these days when a parent gives a large gift to a married child, and the child subsequently gets divorced. While it used to be a little easier to put a gift in the form of a demand loan, and call it back, there have been some recent court cases where the judge ruled that a loan with no regular interest payments and no expectation of being repaid, is the same as a gift, and is therefore part of the family assets to be split in a divorce.

When it comes to helping adult children financially, it makes sense to be a little proactive if you have the wealth to do so. The typical approach to estate planning usually only helps the government to get more than its fair share.

Of course, once you start thinking about all sorts of fancy strategies, sometimes the old tried and true of an allowance is one of the best.