These days it’s even harder to ‘see the forest for the trees…’ as we’re bombarded with news, advertisements, new TV series, text messages and other information. In this article we look at a series of pointers on the Canadian economy, which will affect our daily lives for years to come.

We start with our government and no better place than bank governor Stephen Poloz who delivered a speech last week suggesting our interest rates are likely to remain low for the next decade, yes decade. 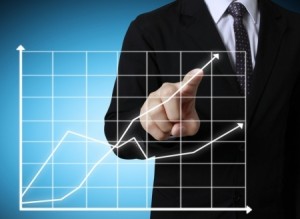 With interest rates at 30 year lows and our bank governor’s suggestion that this is unlikely to change much for a decade, now may be a good time to consider borrowing to invest. TriDelta’s president, Ted Rechtshaffen authored a news article in the Financial Post a few weeks ago that addressed the issue of borrowing to invest head on. Click here to read the full article.

The world appears to be in a better place since the 2009 economic crisis although obstacles exist.  One key to the Canadian economy is clearly real estate.

The key is that if low rates are around for a decade, this represents a major support for sustainable real estate pricing.  This may not mean a booming Canadian economy, but with stable real estate, it significantly increases the likelihood of a stable Canada.