/ Investing / Borrowing to invest? There are times when it makes sense, like now

Borrowing to invest? There are times when it makes sense, like now

Debt, margin, borrowing, leverage. All supposedly bad words for investors. Things they should be sure to avoid.

There are times when I agree. Today is not one of those times.

If you know that your cost is 1.6% annually for five years, what are the odds that your investments will do better? How much risk are you taking?

One place to start is to look at the last 991, five-year periods for some guidance. I would do that by looking at the broad U.S. market S&P500 going back to January 1926 and ending June 2013. Over 991 different five-year periods – a new period starting and ending every month – we can see how many beat the pre-tax borrowing cost of 2.99%. From an after tax perspective, U.S. stock dividends are taxed the same as interest income, but capital gains are taxed at half that rate. Maybe a fair proxy to make the tax equal would be a five-year return of 2.5%.

As it turns out 79% of the time you would return greater than 2.5%, and come out ahead by borrowing at todays’ five-year mortgage rates. That is a pretty good average. Of interest, this includes two very long periods of success.

From December 1937 to April 1965 – for over 27 straight years this would be a winning bet, never having a five-year rolling period with a total return below 2.5% annualized.

Then from December 1973 to July 1997 – another 23+ years of unbroken five-year rolling periods without ever having an annualized total return below 2.5%.

Are we part-way into another 20-year run? It is certainly possible. Both of these long runs followed a severe recession.

What about the bad news? 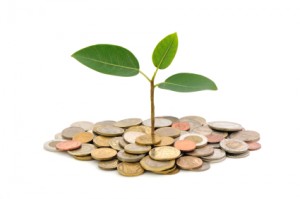 Let’s say you like this 79% odds of winning, and you like the fact that the average five-year total return is 9.8%. Even if you take taxes and a small fee out of the picture, you are looking at an after tax return on average of 6%+, when the cost is just 1.6%. This can be a serious wealth builder. If someone borrows $200,000, on average they will create $50,000 of after tax wealth over five years.

One option would be to essentially lock in a gain with only a small amount of risk.

If we borrowed with a five-year mortgage, and put 75% into the S&P 500, and put the other 25% into mid-range corporate bonds, you could definitely lower your risk of a loss.

As an example, we own a Corus Entertainment bond that comes due in 2020. Its bond interest is 4.25%, but you can buy the bond at a discount. In fact, its yield to maturity is 4.69%. What this means is that if we can assume that Corus Entertainment will be able to pay its bond when it comes due, your total return will be 4.69%. Given that your borrowing cost is 2.99%, then you have essentially locked in a 1.7% gain every year. I recognize that this is closer to a six-year bond, but it can easily be sold in five years at something very close to a 4.69% yield to sale.

This type of bond stabilizer can make this strategy (or any investment portfolio) a lower risk of loss.

Other options can be to add blue chip names with strong Canadian dividends.

These three stocks combined have an average dividend yield of 4.37%, or 3.1% after tax – just the dividend has a 1.5% after tax bonus over after tax borrowing costs on the mortgage. Of course, there is risk of capital loss from the stocks, but these three companies are among those lower volatility names that would have a low chance of a five-year price decline.

Based on the facts above – I am going to say it straight. Borrowing at 1.6% after tax and investing in a diversified portfolio for five years, is a smart thing to do, and one that growth investors (who understand the risks) should be considering today.