Why Do Bonds Trade at a Premium?

Bond pricing is a function of a number of moving parts: namely, coupon rate, market interest rates, credit quality, and term to maturity.  As a result, bonds often trade at a premium or discount to their maturity value (usually $100); this can cause confusion and frustration for investors.

We outline some of the key elements of bond pricing and its relationship to current market interest rates so that you can better understand how bonds are priced.  As mentioned in Part 1 “Risk Management Series – Bonds”  in between the date when a bond is issued until its maturity date, its market price (the price at which the bond trades in the market) will fluctuate. 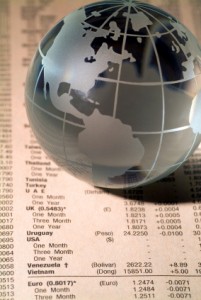 If interest rates decline after a bond was issued, then any bond paying a higher coupon rate than the market interest rate should have a premium value.  For example if market interest rates for 5 year bonds decline from 4.0% to 3.0%, then a bond that pays a coupon rate of 4.0% is now worth more, because the investor is receiving 1.0% more in payments per year than the market rate.  Consequently, the bond with the 4.0% coupon should trade at a premium (trade at a higher price than it was issued at) to balance out the higher fixed interest payments.

In order to determine how much of a premium (or discount) each bond should trade at, fixed income (bond) portfolio managers compare bonds of similar quality with similar maturity dates using a calculation called Yield to Maturity (YTM).  This calculation determines the total return an investor can earn on a bond purchase based on: 1) the bond’s current market price, 2) its coupon rate, 3) maturity date and 4) maturity value (usually $100.00).

Bond A should trade at a premium because from now until maturity, Bond A investors will receive 2% more each year in interest income than Bond B investors ($10 in total benefit over 5 years).  Based on the yield to maturity calculation, Bond A would have to trade at the premium price of $109.22 to offer a total return of 3% per year for the investor (the higher price offsets the higher interest payments).  Consequently, bond investors today may notice that many of the bonds in their portfolios were bought for prices well above their $100 face values, but that these bonds likely have higher coupon rates.  Bond A’s premium will decline each year (also known as price decay) as it approaches maturity, because it is one less year that you are collecting the higher coupon rate.      To get a fuller picture, investors need to look at both purchase price AND the coupon rate offered by each bond.

The objective of the portfolio manager is to provide the greatest total return to the investor, which includes both the loss (or gain) on the value of the bond PLUS the interest payments received.  If the portfolio manager feels they can earn a higher total return by buying a bond with a higher coupon rate, but it trades at a premium, they will do so.  In the example above, if he can buy Bond A for $108, they could earn 3.25% per year for their clients vs. just 3.0% by buying Bond B.  A large part of a fixed income portfolio manager’s job is to perform these types of comparisons to try to attain higher total returns for clients.

For example, if a bond makes payments in June and December and you buy the bond in May, you will have held the bond for one month, but you will have received 6 months’ worth of interest.  Bond prices reflect this benefit, typically by adding the accumulated amount of interest owing to the purchase price of the bond.  For example, if a $100 bond is paying a 6% interest rate (paying $3 twice a year) and the investor buys that bond at the end of April, there is $2 of interest already built up, so the bond should trade for $102.

Bond pricing, performance and payments are often quite complex and difficult to understand, because unlike equities where investors generally look primarily at its current market price vs. purchase price to see if they made money on their investment, bonds require analyzing both the purchase price AND coupon payments received.  As described above, there are many times when a bond investment may appear to have a negative return from a price perspective, but has often provided a positive return once you have included the coupon payments.

Illustration of Pricing of Bonds A and B from the article